Stella was seized in 2014 by the Devon Police for being a dangerous dog.  They locked her up for two years, without any love or exercise at all.  Shelter staff were not allowed by law to interact with Stella in any way shape or form, and Devon and Cornwall police refuse to give any specific reasons as to why Stella is considered dangerous.

An assistant at the private kennel that Stella is being held called Laura Khanlarian said they put her in the kennels as required.  Stella was lucky to get out of said cage but twice a day for behavior assessments, which to say the least, nowhere near enough.

“We were always told not to exercise or go into a kennel with any dogs; regardless of character, that had been brought in under the Dangerous Dogs Act,” said Laura Khanlarian, an assistant at the shelter.  “We were under no circumstances allowed to touch any of those dogs, which was hard.  Animal welfare comes before anything, and that was my job.  I don’t believe I would be doing it properly if I would sit back and think that’s OK.  It wasn’t OK – it’s not OK.”

Now, there is a “destruction order” sent down by a judge.  Stella is set to be euthanized under the Dangerous Dogs Act, and her human only has 21 days to appeal the decision.  Her human has been arguing her case for her the whole time, and there is no evidence that Stella has ever posed a danger to anyone.  The only evidence that was shown, was video footage of Stella locked up in the kennels, nothing else.

Stay tuned to Life with Dogs for more information on Stella’s case, as it is reported. 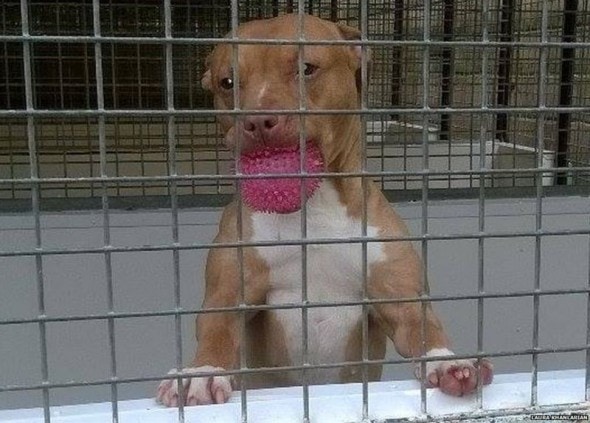