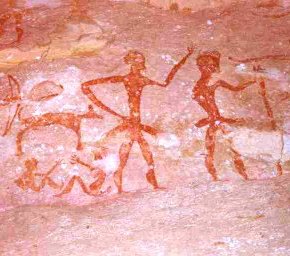 A University of Maine graduate student has discovered evidence of the oldest identifiable domestic dog in the Americas.

Samuel Belknap III, a graduate research assistant working under the direction of Kristin Sobolik in UMaine’s Department of Anthropology and Climate Change Institute, found a 9,400-year-old skull fragment of a domestic dog during analysis of an intact human paleofecal sample.

The fact that the bone was found in human waste provides the earliest proof that humans in the New World used domesticated dogs as food sources.

“This is an important scientific discovery that can tell us not only a lot about the genetic history of dogs but of the interactions between humans and dogs in the past,” said Belknap. “Not only were they most likely companions as they are today, they served as protection, hunting assistants, and also as a food source.” Belknap’s discovery will first be documented in the American Journal of Physical Anthropology as well as other scientific journals.

At the time Belknap found the bone, he had not set out to discover anything new about ancient animals, but was instead conducting his thesis research on ancient diet and nutrition of humans during the Holocene Era in the Lower Pecos Region of Texas.

“I didn’t start out looking for the oldest dog in the New World,” Belknap said. “I started out trying to understand human diet in southwest Texas. It so happens that this person who lived 9,400 years ago was eating dog. It just goes to show that sometimes, great scientific discoveries come not when we are looking for specific answers but when we are thorough we are in our examination of the evidence and open to what data it provides.”

He discovered the bone, known as BE-20, during the 2009-2010 academic school year while examining a paleofecal sample recovered in the 1970s from Hinds Cave, a major archeological site in southwest Texas near the Mexico border.

Belknap and fellow UMaine graduate student Robert Ingraham first visually identified the bone as a fragment of the right occipital condyle, the place where the skull articulates with the atlas vertebra of the spine. Ingraham also visually identified the bone at Harvard University’s Museum of Comparative Zoology, which indicated that the fragment closely matched that of a short-nosed Indian Dog from New Mexico.

The bone was then sent to University of Oklahoma researcher Cecil Lewis, who runs the Molecular Anthropology Ancient DNA Laboratory, for DNA analysis. The DNA analysis from the lab, along with a 2002 genetic study of archaeological dog specimens, supported the conclusion that BE-20 is from a domestic dog rather than a wolf, coyote or fox, and is closely related to a species of Peruvian dog.

Visually, the bones of dogs, wolves, coyotes and foxes appear to be similar, but the domestic dog has evolved to have a different genetic makeup. The origin of the domestic dog is believed to be from a species of Eurasian wolf that likely crossed the Bering land bridge into North America during the peopling of the New World.

The age of the bone and fecal material was confirmed by directly dating the sample using Accelerated Mass Spectrometric Radiocarbon Dating. Direct dating is crucial to the discovery, Belknap said.

“For a long time there were several dog bones from Jaguar Cave in Idaho that were believed to be over 11,000 years old, but once they were directly dated they were found to be only 1,000 to 3000 years old,” he said. “So it’s a cautionary tale of the need to directly date things. It’s important to do it.” Although 9,400 years is considered ancient in the Americas, the remains of domesticated dogs in Europe have been identified to be well in excess of 10,000 years old.

Belknap said based on the size of the bone, which was about a centimeter-and-a-half long and one centimeter across, the dog might have been 25-30 pounds. Belknap also found in the same paleofecal sample what is believed to be a sesamoid bone of a dog foot, but the fragment is too small for analysis.

Belknap’s find also provides the earliest direct evidence for dog as a source of food for human consumption. According to ethnographic studies, dogs were consumed either in times of desperation or times of celebration. Dogs were butchered in a specific way and may have been cooked in a stew, which could explain how bones from a skull and wrist or ankle ended up in the same paleofecal sample.

“It could be that the smaller bones broke off in the butchering process and found their way into a stew or soup,” Belknap said.

Although it is known that dogs were also treated with the same kind of reverence with which we associate them today – domestic dogs have been found buried whole at sites from around the same era, which indicates they were held in some sort of regard – it is unknown whether this particular dog was viewed as a sort of pet, used as a form of security, or raised for a food source.