Big Yellow, a mutt from China, has never received proper training as a service dog, but since he was born two years ago, he started helping his handicapped owner get to work each day. 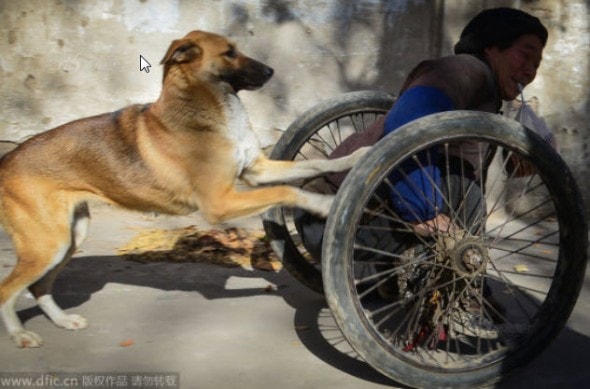 The dog’s owner is a humble man named Ma, who at the age of six battled polio and sadly was left unable to use his legs. All his life, he has had no money to afford a wheelchair and has never received government aid, but somehow he always managed to construct the makeshift wheelchairs he uses to get around. The man is a widower and never had children, and for over 40 years his only family has been dogs. Today he is a shoe shiner and with the help of Big Yellow, Ma travels little over half a mile every day to get to work. His loyal dog pushes him there. 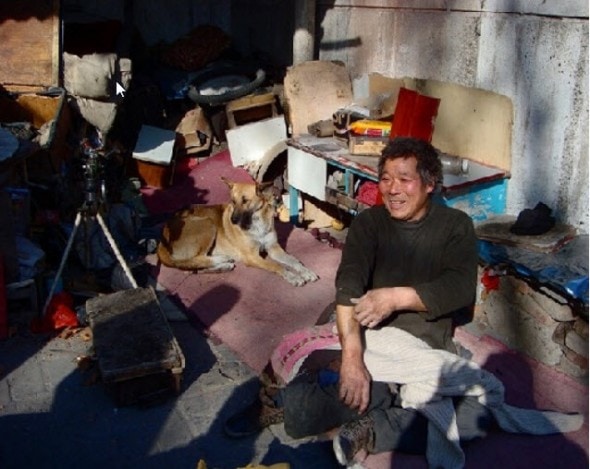 As a shoe shiner, Ma doesn’t make much money and many days he and his dog go hungry. For lunch, the shoe shiner eats pieces of bread, and kind neighbors (restaurant owners) bring scraps of meat to feed Big Yellow. 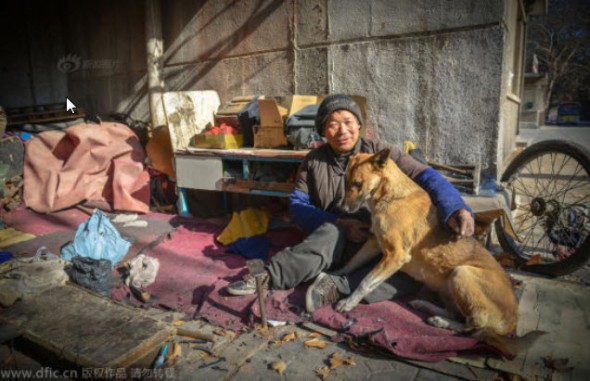 The story of this humble man and his dog went viral and people criticized the government for never lending Ma a hand. Thanks to critics and public pressure, the government responded and provided Ma with three wheelchairs, a flat screen TV, a microwave, a washer machine and a portable electric stove. The government has also promised to give Ma a subsidized income, something he should have been receiving 20 years ago.