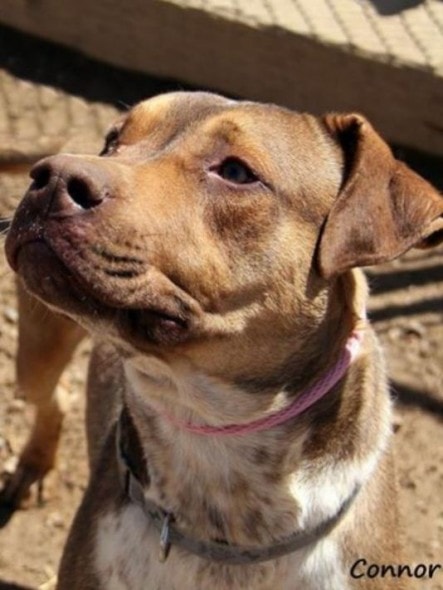 Connor was having a tough time when it came to adoption.  He was born with something called cerebellar hypoplasia, meaning his cerebellum never really matured, leaving him deaf.  He has found a forever home however, with a man who is deaf as well, and they make a great team.

The employees of the shelter Connor was staying at knew something was up with Connor.  He just wasn’t responding to verbal commands at all.  That’s when it dawned on them.  Connor was deaf.

That’s when a vet tech at the shelter started trying to teach Connor American Sign Language.  According to staff, Connor seemed to be a natural at it!  He picked up on the form of communication, and understands many commands.

This was all well and good, but the fact still remained that finding a forever home for Connor was going to be a challenge.  Not many people feel they have the time and patience it takes to have a special needs dog.  Something had to be done however.  Connor deserved a great forever home with a caring family, just like any other dog.

The shelter featured Connor on a local news station.  The feature showed Connor, talked about his disability, and it was enough to have someone notice him, and come into the shelter.

The man inquiring about Connor was also deaf, and thought he would be able to give Connor a great home.  He had seen the news coverage, and came in as soon as he could.  By the end of the day, Connor had a new home.