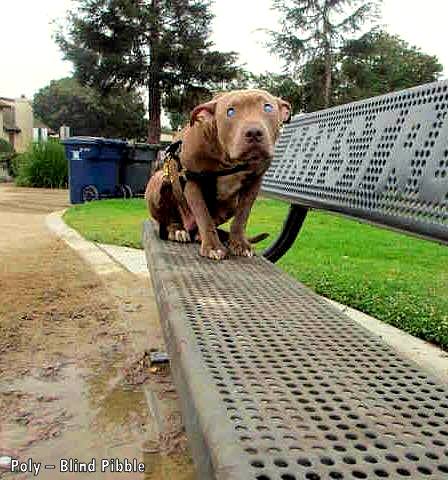 One month ago we told you about Poly, the blind dog with a heart condition who was callously abandoned on a park bench.  Though she has numerous ailments and might not have much time left, the time she does have will be spent in a home surrounded by people who love her.

Poly was left on a park bench in Santa Maria, California.  An animal control officer took her to the Santa Maria Animal Shelter, but unsurprisingly, her owner never came for her.  She had been used as a breeding machine for years, and now that she was no longer of any use, she was disposable. 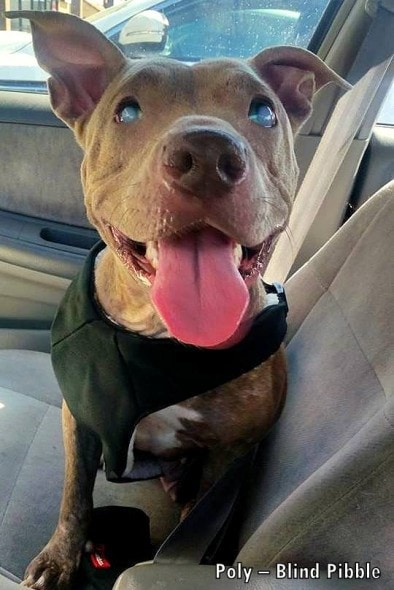 Thankfully, Foreverhome Pet Rescue took her in.  Poly is blind and has a congenital heart condition and a skin condition, all things that make potential adopters put her pretty low on the priority list.

“Her activities are limited, but there’s lots of loving and hugging and petting,” said Jennifer Wales, founder and president of Foreverhome. 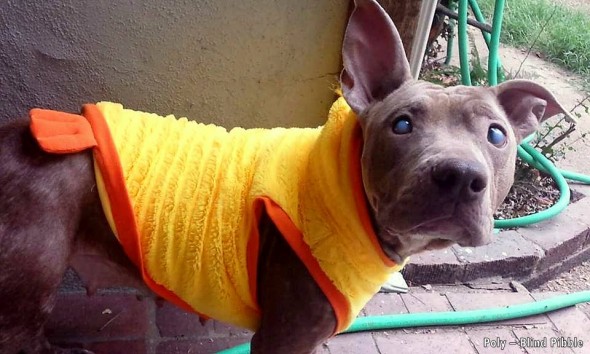 Poly needed treatment, so a fundraiser was set up to help defray the costs.  The goal was so well exceeded that now many other ill and injured dogs will benefit from the generosity of her donors.

Sadly, even with medical care, Poly just might not have much time left – she’s been given anywhere from two weeks to two years.  But at least she’ll have a home to spend that time in, 150 miles away in San Fernando, and her new family members (who were just meant to be fosters) are making the most of it. 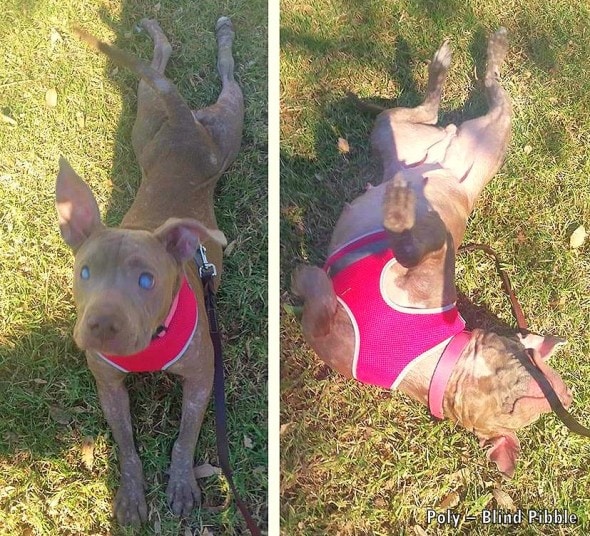 “She is getting much more comfortable in the car, and since she is nervous around new voices, we are trying to at least briefly expose her to more and more people so she can learn to trust again,” Wales said.  “She is playful and bouncy, not so much with toys as with people. But she can’t get too riled up for more than a couple of minutes or she will start coughing and faint due to her condition.”

Because she is restricted from being too active, people are carrying out some bucket list adventures for her using a “flat Poly.” She has “gone” all over the world – from the Grand Canyon to London! 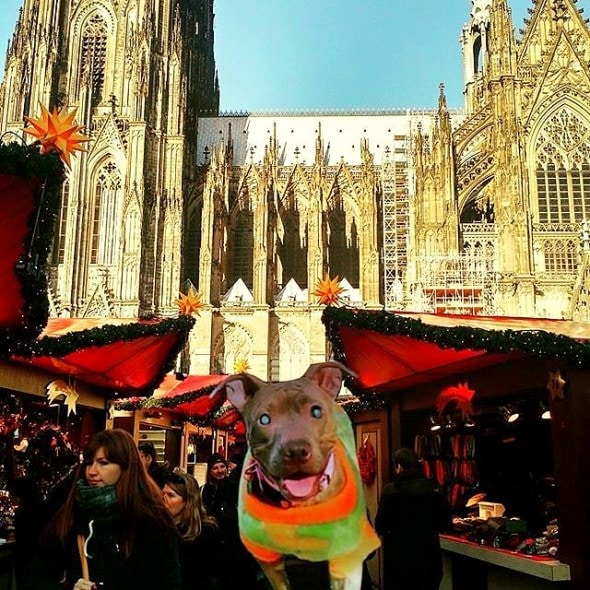 Flat Poly at the Christmas Market in Cologne, Germany.