Earlier this month we told you about Deputy, an abused, seven-year-old shepherd/Lab mix that someone chained to a concrete masonry unit (CMU) so he would drown as the water of a Missouri lake rose.  He was rescued by park rangers who heard him crying, and now he’s been adopted by a man who has another Lab that Deputy has already bonded with. 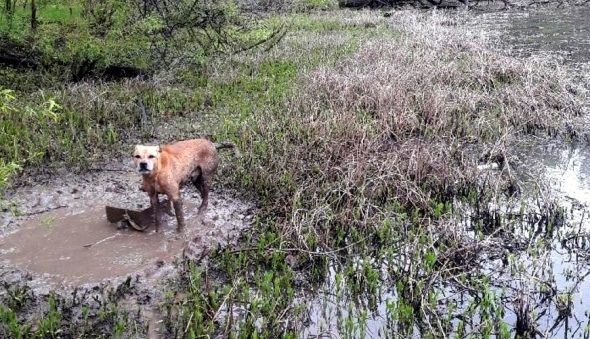 “When I arrived, I was able to gain his trust by offering treats and was able to free him from the cinder block and he walked into a kennel without hesitation,” Tonya Hampton, an animal control officer and employee of the Great Plains SPCA, told PEOPLE. “Once at the shelter he was still a little reserved, however, after a few minutes he [lit] up as if he knew he was safe. We gave him a bath since he was so very muddy, and he seemed to appreciate our efforts.”

Deputy had a few broken teeth and skin masses, all of which were properly taken care of by the SPCA.  The reprehensible person who did this has still not been identified, but what’s more important, Deputy has been adopted. 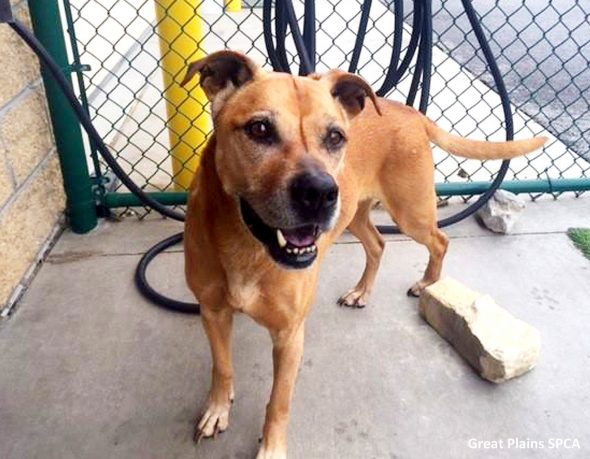 “I have a 16-year-old lab, she’ll be 17 in October, and I was thinking about getting another dog, and this popped up in the news,” John Piburn told The Kansas City Star. “I thought, ‘That’s got to be a sign.’ I’m a big dog person, and I just can’t believe someone would treat a dog that way. I just thought I needed to get him.”

He drove from Kansas City to Great Plains several times to spend time with Deputy and get to know him.

“I fell right in love with him,” Pilburn explained.  “He’s just a sweetie… a great dog.” 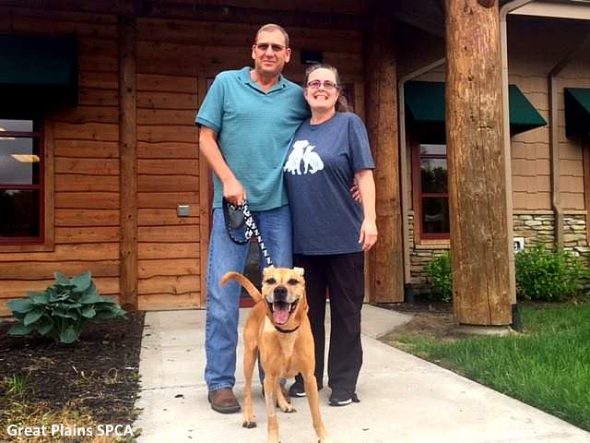 But it was Deputy’s meeting with his dog, Sandy, that sealed the deal.  They got along fabulously, so the adoption was made official.  Deputy will get to enjoy the rest of his life with a loving family and playing in a fenced-in yard.

“I am just elated,” Hampton said. “I just am so happy, and this is what makes it all worth it,” Hampton said. “That’s what we do here at Great Plains. We have so many animals that have situations, maybe not this drastic. They’re all looking for a home, and that’s exactly what we would like to do for them.” 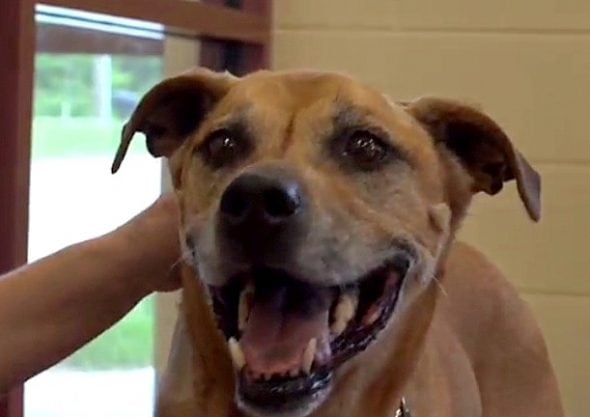