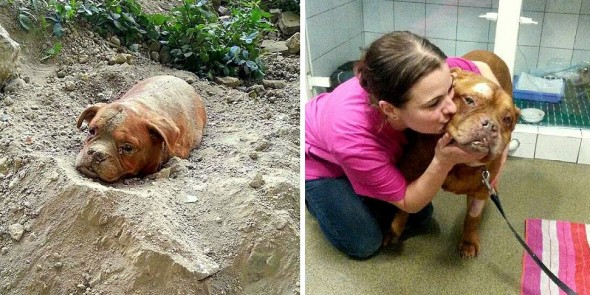 Back in August we told you about a dog in France who had been ruthlessly buried alive by her owner and left to die.  Athena was found by a man and his dog, and now we’re pleased to tell you that she has been adopted and will be getting pampered for the rest of her life.

Pedro Dinis was walking his dog in Carrieres-sur-Seine, which is west of Paris.  His dog began behaving peculiarly, and he noticed a Dogue de Bordeaux buried up to her head. 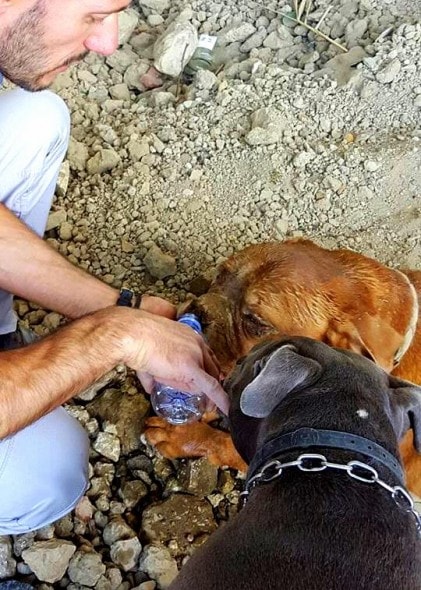 She was surrounded by rocks, which are believed to have been thrown at her after being buried.  She was also attached to a large sack filled with gravel (to keep her from escaping).  Dinis called emergency services, who rushed the badly “shocked and dehydrated” dog to Clinique Vétérinaire V24. 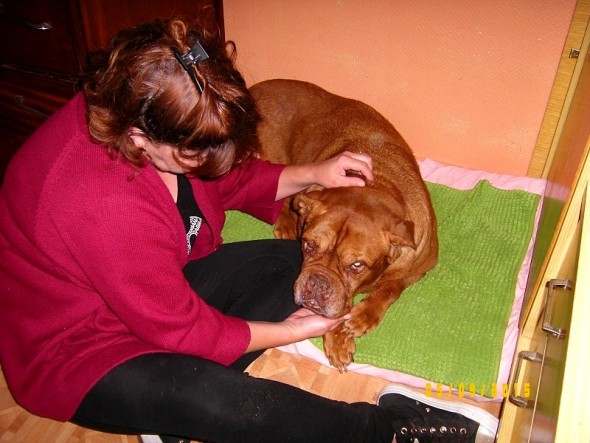 Her former owner will face a two-year prison sentence and a $33,000+ fine when he goes to court next year.

Athena is now living the good life.  She was taken in by Raymonde and Jean-Pierre Delfosse, a couple who runs the rescue group SOS Dogue de Bordeaux.  She can spend the rest of her life there, playing with the other pets and going for walks on the lush grounds. 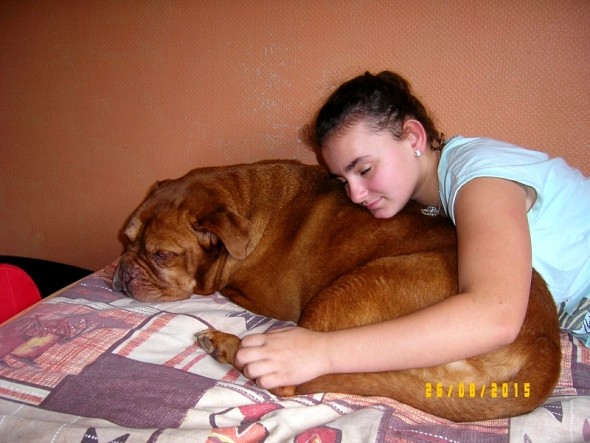 “She is a lovely dog,” they told The Dodo.  “She has recovered well and is confident around people. It’s love.”

Athena even recently had the opportunity to meet up again with her hero.  Best of luck to you, lovely girl! 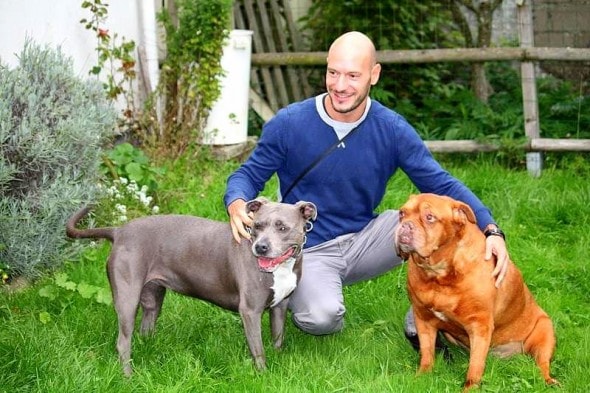