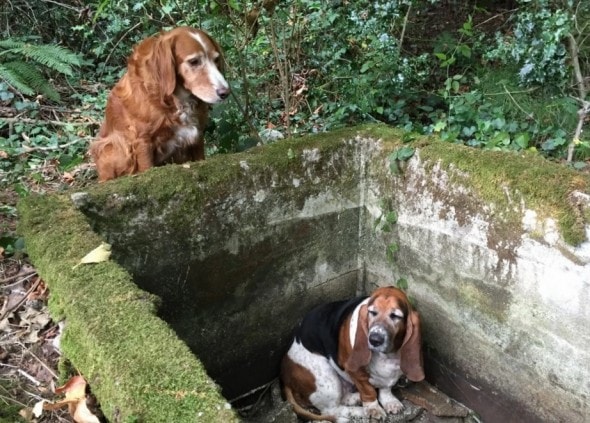 Back in September, we told you about Tillie and her friend Phoebe.  The pair had gone missing one day on Washington’s Vashon Island. When they were found, Tillie was keeping vigil over her friend who had fallen into on old cistern.  Because of her sheer awesomeness, Tillie has been awarded “Washingtonian of the Day.” 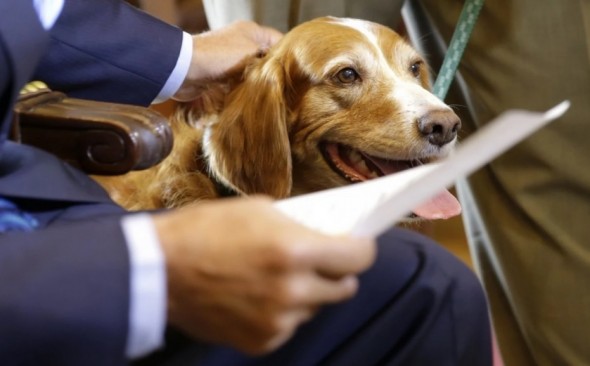 Washington Governor Jay Onslee said, “I saw this story and I just immediately said this is something Washington needs to celebrate.  I grew up with Rin Tin Tin and Lassie, and I never thought I’d meet a real dog that had that type of Hollywood character, but Tillie’s right here.” 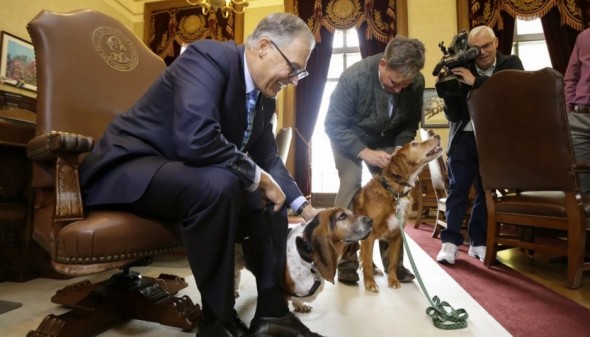 As part of the honors bestowed upon Tillie, she was given a written proclamation, and apple pin and a special photo-shoot to commemorate the day.  Her human, B.J. Duft was there as well. 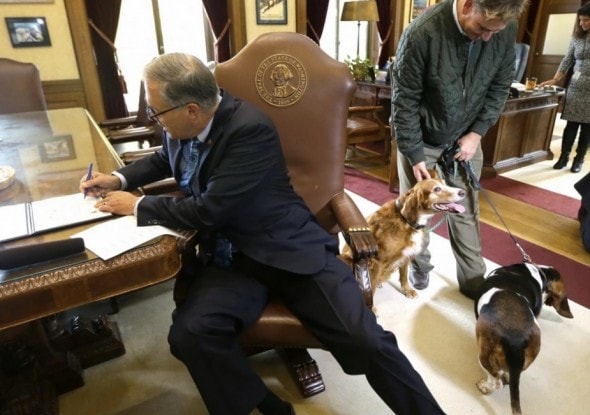 “There was 20 different press there this morning.  The dogs are loving it because they just have to look all cute and be puppies. I’m the one that has to do all the interviews,” said Duft. 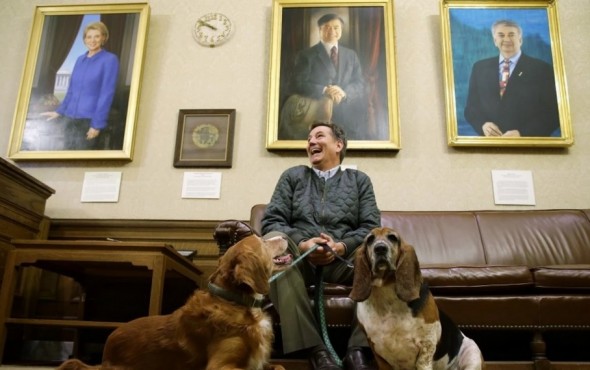 Regardless of the “extra work” required by Duft, he is one proud dog papa.  It’s not every day your dog is recognized as a hero by the state! 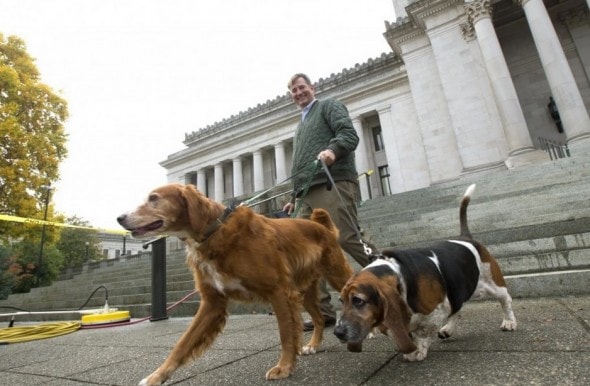 An article in the Seattle Times said:

“To prep for their time with Inslee, Tillie and Phoebe visited the groomers for a shampoo and trim.  Before wandering into the governor’s office lobby, with its serious-looking collection of portraits of past state leaders, they got to walk around Capitol Lake.

During the ceremony, Inslee had Tillie sit next to him as he urged “everyone in Washington to celebrate the bravery and loyalty of this canine companion.” 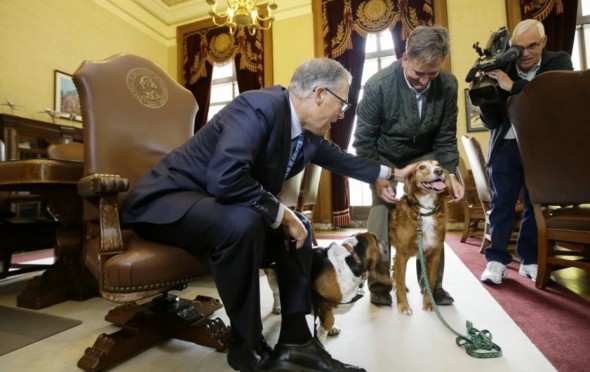 28 thoughts on “UPDATE: Dog that Stood Guard Over Friend Given Award by Governor”