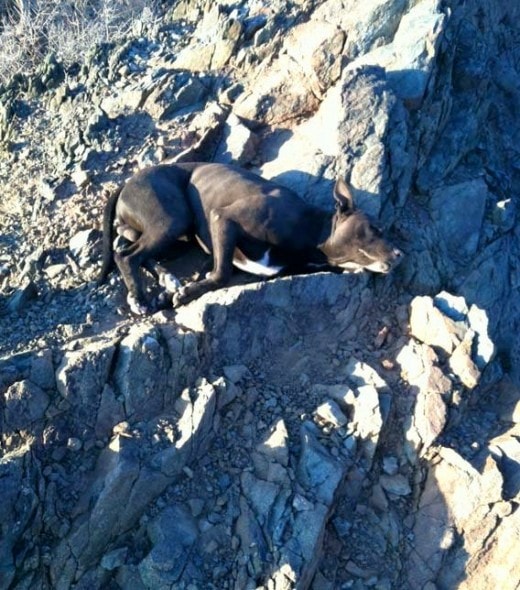 In October we brought you the story of Elijah, the dog shot and left to die in the Arizona mountains. He was discovered by a hiker, who carried him all the way down to the bottom in her arms. We are pleased to tell you that Elijah has recovered and was officially adopted by his rescuer’s family.

Andi Davis was hiking an abandoned trail in Phoenix when she came across a dog that was at death’s door. He was trying to stand, but was collapsing, his head resting on a rock. He had bullet wounds, and it was clear that he had been left to die alone in the mountainous desert. 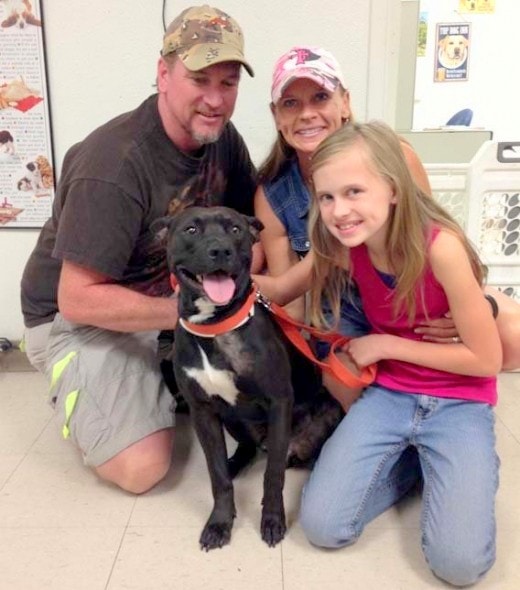 She painstakingly carried the 47-pound dog down the mountain and took him in for medical treatment. He had bullet wounds, one of them in his shoulder, and it was feared that his leg would need to be amputated due to nerve damage. But the resilient dog healed, and his leg has been spared.

“I thought I would have to kiss his leg and say goodbye,” said 10-year-old Jessi. “We were so excited when we found out he could keep it. It was the best news.”

On Christmas Eve, even better news followed: the Davises officially adopted Elijah, who they felt from the very beginning belonged in their family.

“Mom has a dog, dad has a dog, I have a dog,” Jessi said. “Elijah is the family dog. Because he’s special.”