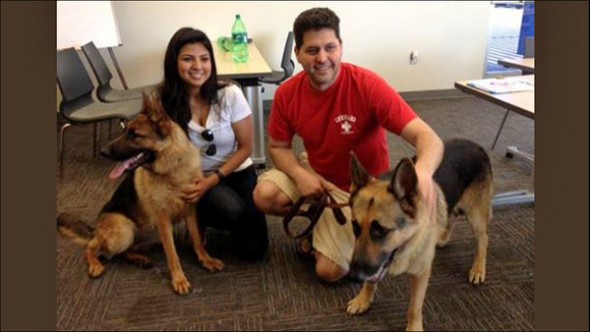 We covered Elvis’ amazing rescue a short while ago.  To see the original story click here. 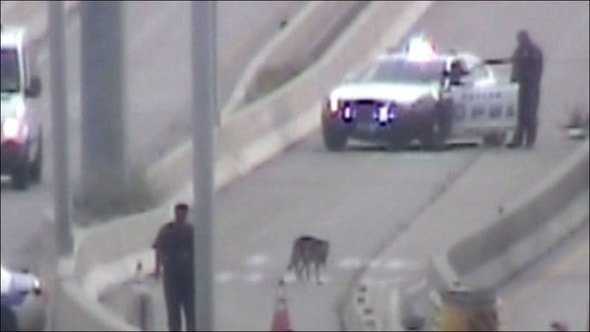 Usually, flying solo in an HOV lane is not a good idea, and will land you at least a citation for your efforts.  For Elvis, it was a ticket to a loving, forever home with a new family.

“We saw the dog on the news,” said Isaac Elizondo.

When we originally covered the story of Elvis’ rescue, we were captivated by the heroics of the officers who blocked off rush hour traffic to save him.  One might say Elvis earned his rock star name and status that day.

When no one came forward to claim him, he was put up for adoption.

“We had so many interested parties – people who wanted to reach out to help him be part of a new family – so we had a drawing,” said Dallas Animal Services manager Jody Jones.

Elizondo and his Jennifer were the lucky winners of the drawing, and got to bring Elvis home.  Elizondo said Elvis has “been through a lot… more than he should have been through.  But he’s going to have a really nice home and a big yard to play in.”