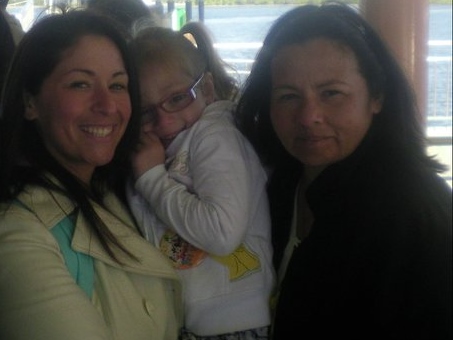 Last month we brought you the story of Martha Aguel, a homeless woman who helped a lost dog in need. The story made its way to Aguel’s daughter who hadn’t seen or heard from her mother since she went missing on September 2011 and who didn’t even know if Aguel was alive.

Many of our readers were touched by Aguel’s story. One reader found an old Facebook page belonging to Aguel and reached out to Laura LeGrand who was listed as one of Aguel’s Facebook friends. LeGrand turned out to be Aguel’s daughter and hadn’t seen or heard from her mother in two years.

“My mother went missing in September of 2011 and as I read this I believe that she did this as to not be a burden on me or my little sister,” wrote LeGrand. “However this entire time we thought something happened to her and that she was dead.”

LeGrand has been working to get in contact with her mother and in the meantime has set up a gofundme page to raise funds for her mother.

LeGrand knows many people may wonder how her mother ended up on the streets if she had family that was willing to help.

“My mom has always been a very giving person, always helping others but not always accepting help. I spoke with Jay (the man who lost Snoopy) and he confirmed with me that the reason she went missing and did not tell anyone is because she did not want to be a burden.”

LeGrand has spoken with a social worker who is helping to find permanent shelter and LeGrand wants to help her mother get back on her feet. If you would like to donate and read more about their story you can visit the gofundme page here.