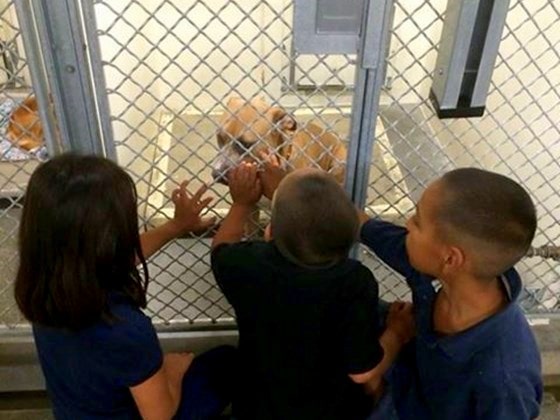 Because of the kindness and generosity of The Lexus Project, Life With Dogs’ fans and many others touched by their story, the Rubio dogs – Athena, Bella, Hercules and Pixie – have been freed from a Carson, CA shelter and are now back at home with their overjoyed family members.

Last week we brought you the story of the Rubios, a three-adult family in two homes who had their total of six dogs taken from them when one of them bit a cable guy who entered their property. He had the wrong address, there was a “Beware of Dog” sign posted on the fence, and the incident was so minor that it didn’t make the news – and pit bull bites ALWAYS make the news. 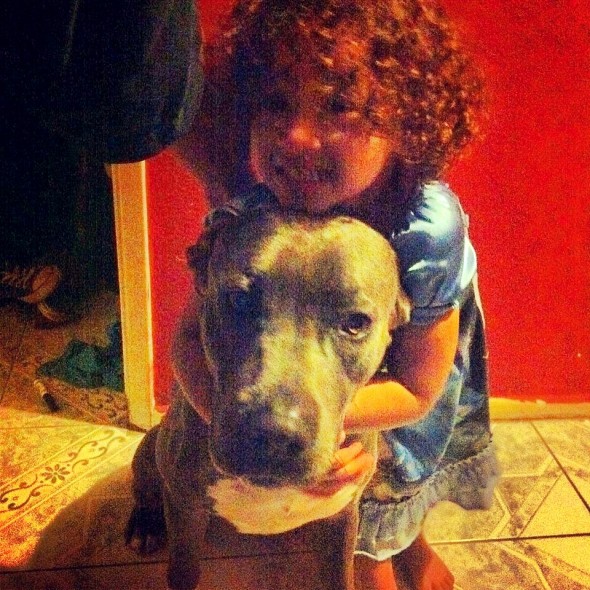 Despite it being such a small and isolated event, all of the dogs were taken when the family was forced to sign them over to the city. They believed their beloved dogs were being rehomed, but two of them, Petey, who nipped the man, and Fiona, who was completely innocent, were immediately executed. The remaining four – Pixie, Hercules, Bella and Athena – were locked up at the shelter.

The Lexus Project got involved to fight for the family. They had to do a number of things to get them back, including getting additional insurance, outdoor kennels, muzzles, special collars and training. They did. But while the shelter delayed an inspection of the home where the dogs where taken from, boarding fees kept adding up. The family needed help to raise enough money to get them out, so a YouCaring fundraiser was started.

Within a few days, they had enough money to pay the shelter, and now the four survivors of an incredible injustice are back at home. The family couldn’t be more ecstatic to have them back. 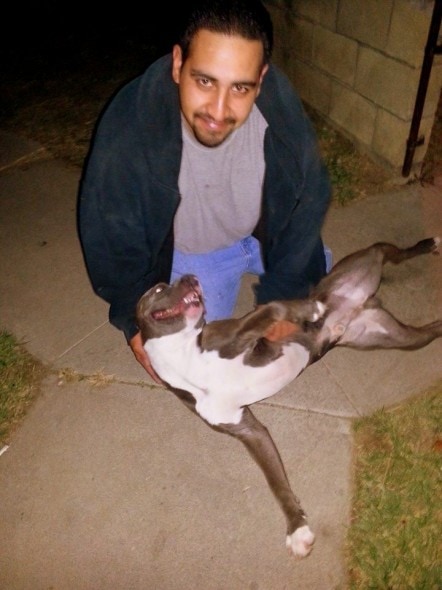 Though they will always miss Fiona and Petey, the family will always cherish the memories they had with them, and treasure their remaining dogs even more than they already did.

“Thank You EVERYONE for all your help and support!!!! We appreciate it from the bottom of our hearts… Now we are a complete family again. God Bless!” 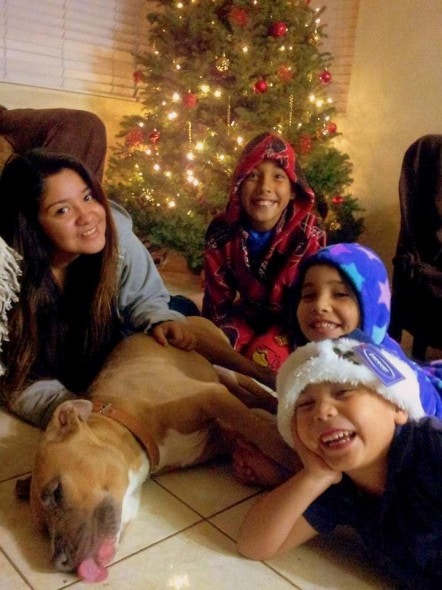