A bittersweet goodbye took place Friday between Christopher and his beloved dog Bruno.  Christopher was forced to keep his nine-year-old Rottweiler in a makeshift Nassau County animal shelter after super storm Sandy ravaged his home.  Bruno was the last of 515 animals to be adopted or reunited with owners, and on Friday he was finally taken to a new forever home.

The shelter is closing today, and it was imperative that someone take in the loving dog.

Bruno and his human nearly drowned when the storm flooded their Long Island home.  He spent several days trapped in the floodwater until he was taken to the temporary shelter.  Christopher was forced to move out of state to find work, and has been living in his car. 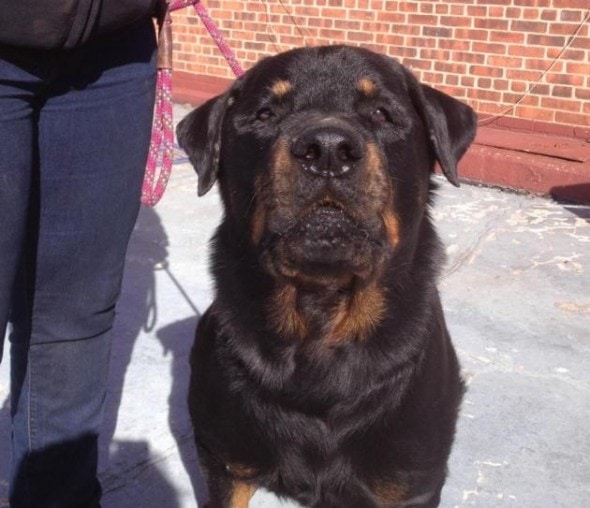 “Many owners have had to take that heartbreaking step of relinquishing ownership,” said facility volunteer Beverly Poppell.  “You can tell that Bruno wants a family.”

Christopher would visit as much as he could to spend time with his detached dog.  Bruno would howl for him for half an hour after he’d leave.  When Bruno was finally adopted, the brokenhearted man “sat on the floor and cried,” and Bruno howled as he was led away.

But perhaps Bruno’s new family will allow Christopher to visit once in awhile. 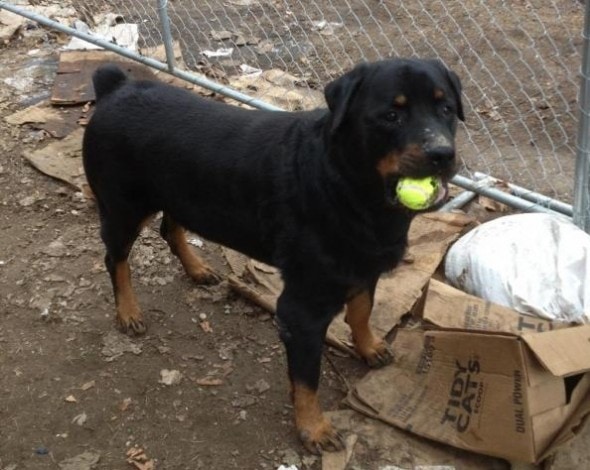