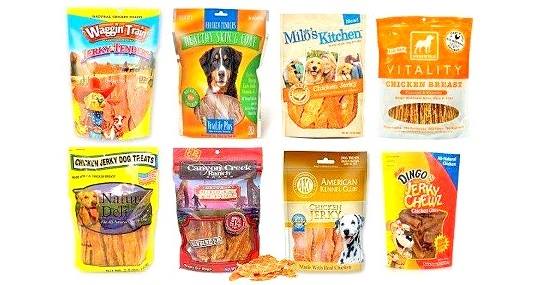 Following announcements by rival pet store PetCo, PetSmart announced it will also no longer be stocking and selling any dog or cat treats manufactured in China.

A spokesperson from PetSmart says the plan is to have all Chinese-manufactured treats off of store shelves by March 2015.

“This is something we’ve been working toward for some time, and feel it’s the right thing to do for pets and our customers,” said a PetSmart spokeswoman.

So far, investigators at the U.S. Food and Drug Administration have been unable prove the fact that the treats were made in China has anything to do with pets becoming ill. However, since 2007 they’ve received over 4,800 complaints of illness and 1,000 deaths reported. They all seem to revolve around owners giving Chinese-made chicken, duck or sweet potato jerky treats.

Since the 22nd of October, 2013, necropsies have been performed on 26 dogs that have died according to the FDA. On 13 of the dogs tested postmortem, it could not be ruled out completely that the jerky treats did have something to do with it. A statement released by FDA officials states, “although we are still not able to identify an exact cause-and-effect nature of that relationship.”

“We’ve been following the FDA warnings and related concerns closely, and we’ve been actively reducing our China-made assortment and expanding our American-made offerings for several years now,” said Jim Myers, PetCo CEO. “We know the FDA hasn’t yet identified a direct cause for the reported illnesses, but we decided the uncertainty of the situation outweighs the lack of actual proof.”

The announcement from PetCo came just this past Thursday. They are trying to have all China-made treats off shelves in their 1,300 stores by the end of this year.