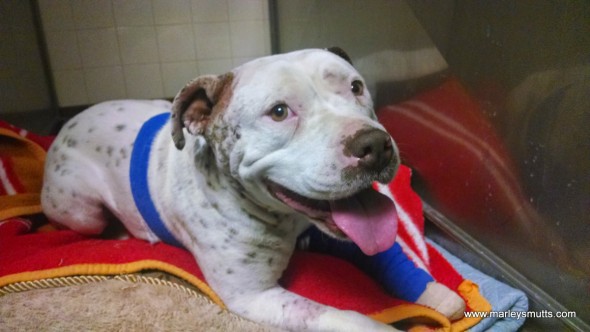 Sally was found chained to a post in the middle of nowhere. Left to die after being used as a bait dog Sally was shutting down. After a month of rehabilitation the amazing Sally is now ready for adoption.

“Sally was found by a woman on April 18th chained to a post with no food, water or shelter. Her body was covered in bite wounds from a attack. The woman called 911 immediately. After an hour she contacted local media stations and the Bakersfield City animal control office. Animal Control arrived and rushed Sally to their shelter. Bakersfield City Animal Care Center’s veterinarian Dr. Duquette began working to stabilize her while Animal Control called Marley’s Mutts for rescue. Sally was transferred to Bakersfield Veterinary Hospital where they treated her around the clock. Dr. Anielski of Bakersfield Veterinary Hospital estimates that Sally was left outside for 2-3 days before she was found. Sally has no wounds around her muzzle, a typical characteristic of a “Bait Dog”. It is common practice to bind the bait dogs mouth shut so they can’t fight back. Sally was released from BVH and [was taken] into the home of our foster Nancy Crone.”

Sally has blossomed into a happy, loving girl in a short time, and she is ready to give her love to someone who will care for her and love her forever.

To adopt Sally please go to her adoption page at Marley’s Mutts (www.marleysmutts.com).

Marley’s Mutts has shared Sally’s story and her progress at Facebook.

Watch the touching video about Sally and her inspiring recovery: 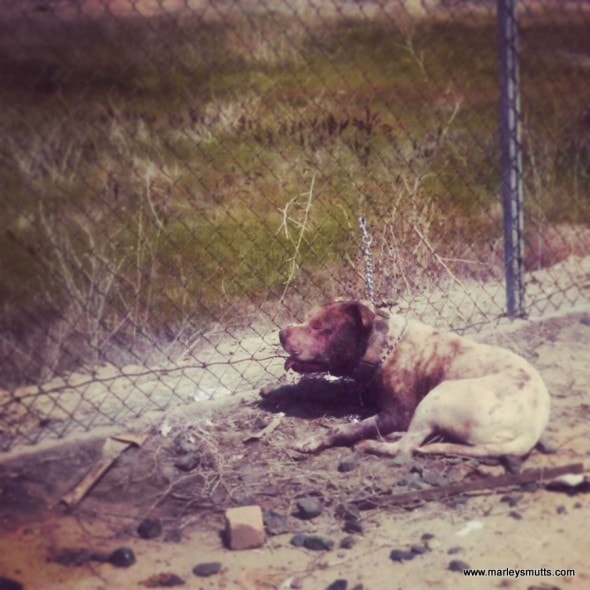 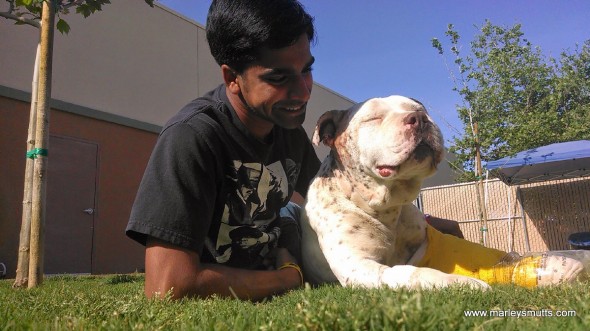 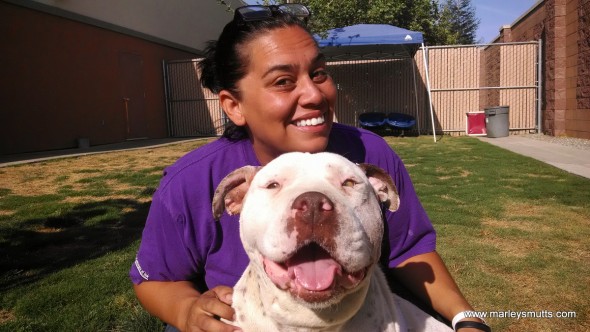