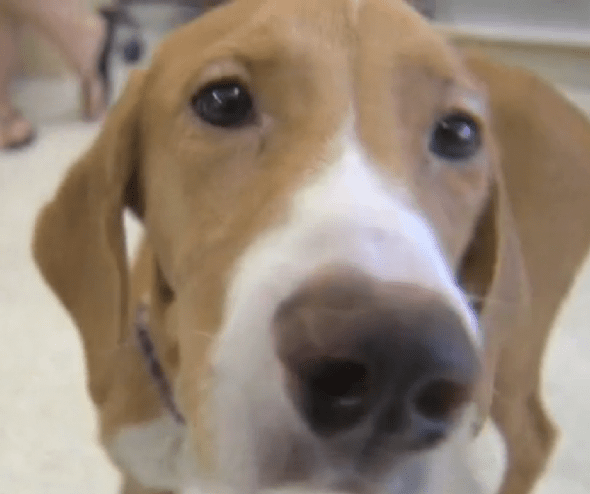 Earlier this week we brought you the story of Danny, the rescued puppy who was almost completely blind because of juvenile cataracts. Yesterday Danny had surgery to remove those cataracts and the difference in his life became apparent almost immediately.

A few days ago, Danny was timid as he moved around. Unable to see what was around him he would sniff and cautiously take steps forward. After being rescued with several other dogs from a hoarding situation in Texas doctors discovered the young puppy was losing his eyesight because of juvenile cataracts.

Thanks to Dr. Lynsey Wagner at Eye Care for Animals in North Austin Danny underwent surgery to remove his cataracts on Thursday. The impact of that surgery was seen in just minutes after its completion. Danny no longer took timid and cautious steps, and soon was beginning to look like most puppies as he bound down hallways and chased toys.

“It’s great every time, that’s why it’s my favorite,” said Dr. Wagner. “It’s the same feeling when you can just see them tracking you, even from the kennel. You just know they’re seeing you for the first time.”

Dr. Wagner performed the surgery for free and thanks to generous donations from all over the country the Austin Humane Society has more than enough funds to cover Danny’s care. Danny will spend the next six to eight weeks healing from his surgery and then he will be ready for adoption.