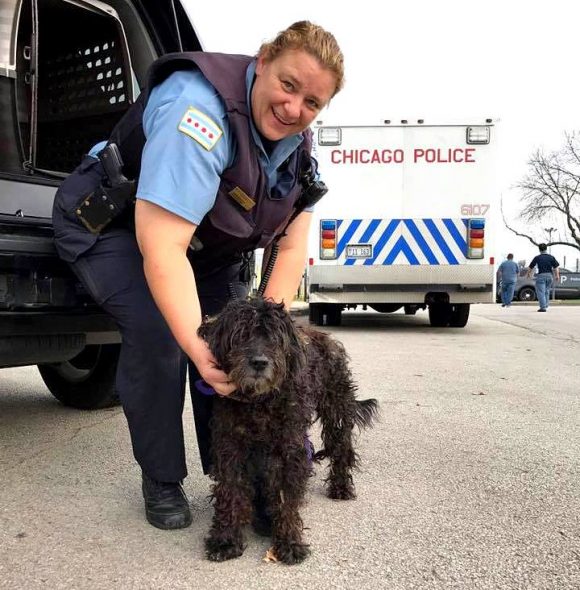 Earlier this month we told you about Cubbie, a scruffy dog who had been caught by Tammy Block, the Chicago police officer with the biggest heart.  He was starving, covered in sores, had broken teeth, and was battling numerous illnesses.  Now nearly three months later, this healthy and handsome little fella has snagged the woman of his dreams!

Here’s what Trio Animal Foundation had to say about Cubbie:

AFTER MONTHS RECOVERING AND WAITING… CUBBIE’S TWILIGHT YEARS WILL BE IN A FOREVER HOME! 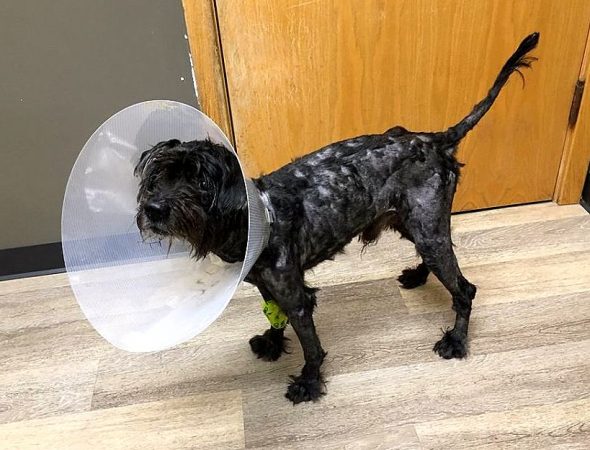 On 11/3/16, TAF received a phone call from the Chicago Police Department about a stray dog in need of medical attention. Cubbie had been caught by our CPD hero, Tammy, on the south side of Chicago. When we went to pick Cubbie up at the police station, we knew that he needed to go to the ER vet right away.

Right off the bat, it was obvious that Cubbie was emaciated, dangerously dehydrated, had an oozing wound on his neck, an infestation of fleas, skin infection, and teeth that were cracked and rotting. With more medical testing, we would come to find out that Cubbie had a bladder/kidney infection and suffered from Lyme disease.

Cubbie was hospitalized for weeks and would go on to have two surgeries to remedy his neck abscess. He also had extensive dental surgery and weeks of treatment for not only his Lyme disease, but his bladder/kidney infections. In all, TAF would spend upwards of $3,500 to make Cubbie whole again and ready for adoption. 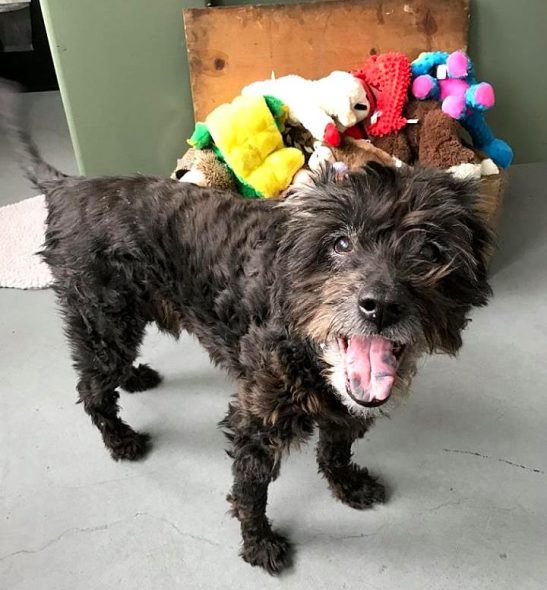 When it was time to find Cubbie a forever home, he was a hard sell… being a senior with some bossy tendencies made it difficult to find a family that could accommodate his needs. Luckily for us, there was a really special woman that was ready to take on a senior that was set in his ways and looking for a second chance.

With that, we are so happy to announce that Cubbie has found his forever home! Our senior muppet now has a mom that loves him, and a chilled out brother that is the perfect match for him. Cubbie’s twilight years will be peaceful, happy and full of love… just as every dog deserves. For those that contributed towards Cubbie’s medical care, this couldn’t have happened without your help!

Best wishes to Cubbie and his new family – may he live many more years in happiness! 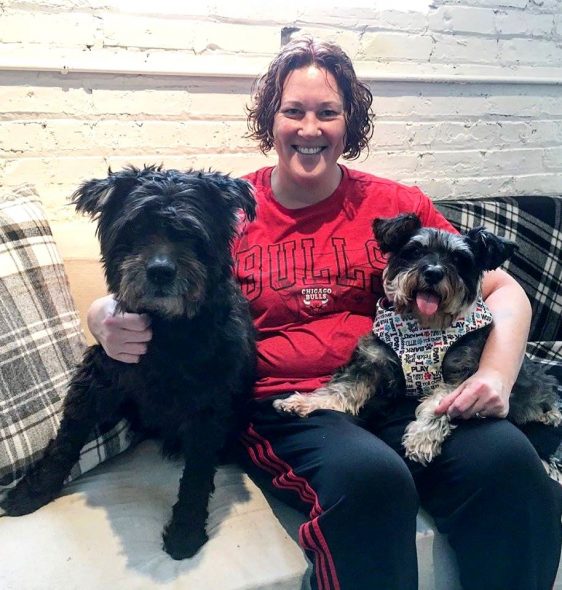