On the 22nd of July Life with Dogs reported on a South Carolina man by the name of Michael Buckley and his missing dog Tazzie.  Michael had spent over five days in Atlanta, Georgia that he didn’t plan on when someone stole his vehicle with his dog still inside.  Michael refused to leave the area until his best friend Tazzie was found.  To read the original story, click here.

While Michael was in Atlanta, he got plenty of help searching for Tazzie.  Along with getting help putting up flyers posters and signs by complete strangers, one of them even allowed Michael to use his phone number as a kind of “Tazzie Hotline.”

“And sure enough we were about to pack things up for the day, maybe go make some more fliers, maybe get something to eat, and my phone rings,” said Michael.  “I picked it up and it was this lady calling me up told me ‘I think I’ve seen your dog.”

Melissa Robinson was that woman on the other end of the phone line.

“That’s the reason I called, because I would want somebody to give mine back,” she said.

Melissa luckily had taken the dog in.  Tazzie had been found wandering around, not far from where the theft occurred, about a day after the incident.  On her way home from work she noticed the flyer and called the number.

So now, Michael and Tazzie can continue on their way to Colorado, where they had been planning to move to in the first place.

Before he did leave however, he wanted everyone to know that the three kids that stole his car shouldn’t be what people use to judge the rest of Atlanta, Georgia.

“Yeah there was the negativity of the fact that this happened in Atlanta, but you know, it just goes to show you how many people around here and in this community came sort of to my aid and tried to help me find this dog and it was just great,” said Michael.

There were volunteers helping post flyers, the hotel staff where he was staying was excellent, all the way to the total stranger that drove Michael around the past few days helping him get his car back and looking for Tazzie.

“I’m so glad that everything ended up like this and I’m actually back with her because I’m going to be honest with you, I didn’t think that I was going to have her back,” Michael said. 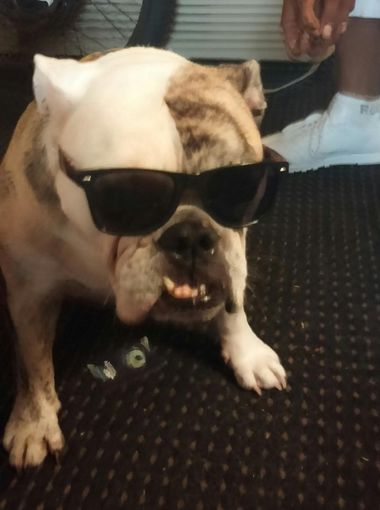