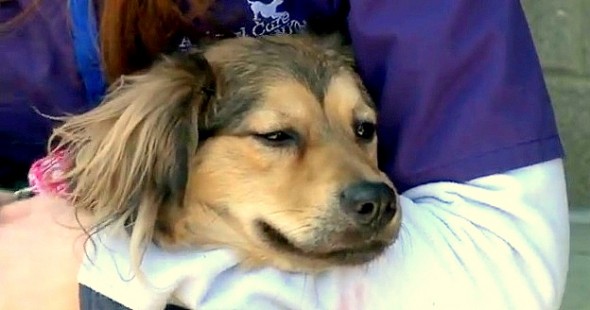 Last week we brought you the story of Tie, the dog who raced a Metro-North train from South Bronx to Manhattan.  No one stepped forward to claim her, and she has now been adopted into a family with another Collie mix and plenty of land for her to explore.

Tie held up traffic on the rail as she playfully chased and ran ahead of the train.  Engineer Joseph Delia was careful to keep an eye on her, especially the couple of times she fell between the ties.

“She was just running like she didn’t have a care in the world,” Delia said.  “The dog was in front of me, running in front,” the dog lover said.  “Oh, my god, I was going real slow.”

Passengers who might normally complain about the delay were entertained by the unusual sight.  When the train reached Harlem, the puckish dog was greeted by MTA police.  She bounded right over to them, and was taken in by animal control.

Her adventure made headlines across the country, and was even mentioned on Saturday Night Live’s Weekend Update.  Naturally, people wanted to scoop her up.

Animal Care & Control of NYC received over 100 queries and over 30 applications to adopt the stray dog (it would’ve been nice if those who were not chosen adopted another dog in need). 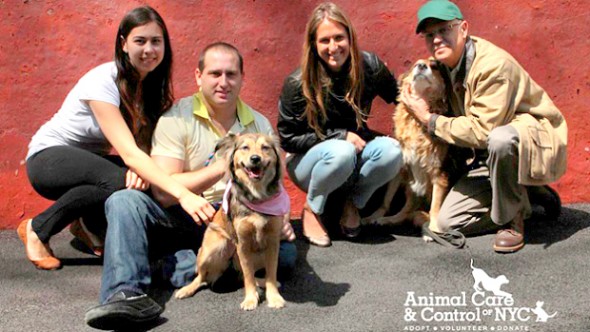 “We had a lot of really wonderful, qualified families that came in,” said adoption supervisor Jessica Vaccaro. “It was a very difficult decision to make.”

A married couple with two adult children (who visit often) was selected.  Tie will now be living on a 100-acre property with parents who can take her and their other dog with them to their office jobs during the day so they won’t be lonely.

“It just seemed perfect,” Vaccaro said.  “Their passion and their love and how much they care about their pets really shone through.”

Already having a Collie mix, the Millers know what to expect from Tie.

“It’s great that they understand her breed and the kind of mental stimulation that she needs,” Vaccaro said. “Tie is an incredibly active dog. She chased a train.”

But during down time, Tie is quite a snuggler.

“She’ll roll over for a belly rub and loves to give kisses,” Vaccaro said. “She’s very affectionate.”