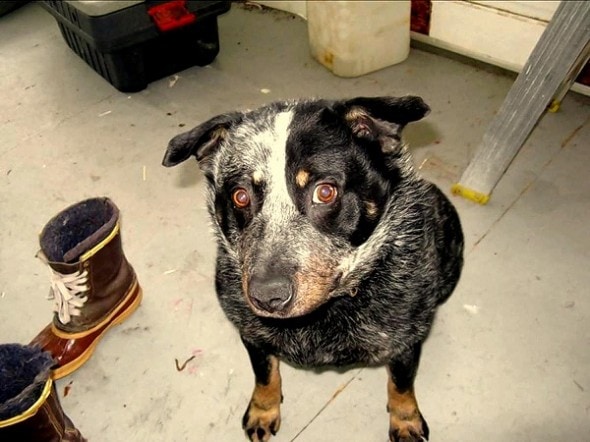 In March we told you about Judy Camp, the Washington woman facing up to three years in prison for rescuing a neglected and overweight dog tethered to a rotting trailer in the freezing cold.  A jury determined the only thing she was guilty of was obstructing justice, so she must pay a fine and serve 100 hours at local animal shelters.

When Judy learned there was a dog that was left chained up to a decrepit trailer bed 24/7, she couldn’t just sit by and do nothing.  She went to property and found the dog sitting there with a frozen water bowl.  Temperatures were going to be below zero that night, and she had to act, even if that meant breaking the law.

She brought the dog home, and called him Tank, but he was soon reported stolen.  Judy brought him to a vet and was confronted by a sheriff’s deputy.  She claimed the dog was hers and attempted to flee, but was arrested and given a citation before being released. 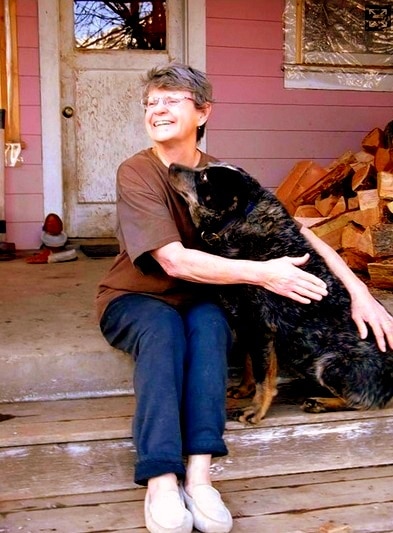 Judy offered the Magruder family $500 for Tank, which they accepted, but she was still facing charges for theft, making false statements and obstructing justice.  Compassionate jurors cleared her of the more serious charges, and only found her guilty of the misdemeanor of obstruction.

“Yes, I could have taken a plea bargain, but that would have been a lie,” Judy said. “I did the right thing for the right reason.”

She was fined $768 and must serve 100 hours at area animal shelters, which is, as one commenter put it, “like telling Bill Clinton he needs to help young impressionable women…. by forcing him to be an UNPAID judge at the NCAA National Cheerleader Competition.”

Many locals were interesting in helping Judy pay the fine, so a PayPal account was set up to do so.  Anyone wishing to donate to it may click here, and send the money to the email address [email protected].  Anyone who would like to send something through the mail may send it to P.O. Box 14, Carlton, WA  98814.