Baby Meesha was coming off her anesthesia and was a little scared because her body felt so weird. BARCS Surgical…

When Meesha woke up after surgery, she was scared and confused and her body felt weird from the anesthesia.  But BARCS surgical assistant Dennis Moses knew she just needed someone to baby her until she felt better.

Anyone familiar with BARCS (Baltimore Animal Rescue & Care Shelter) knows they go above and beyond to provide all the medical treatment and love their rescue dogs need.  The same goes for their surgical staff, which is why Moses took it upon himself to soothe little Meesha after she was spayed.

“If you’ve ever had surgery, you wake up, and you’re not sure where you’re at,” he told The Dodo.  “It’s a scary thing even for dogs and cats, especially being in the shelter and being that young.”

So he began softly singing “Ten Little Froggies,” something he used to sing his sister.  It seemed to do the trick, because she after a few minutes she stopped whimpering and calmed down.

Meesha was recently adopted, and is now happily adjusting to life in her new home, where she is called Maddie. 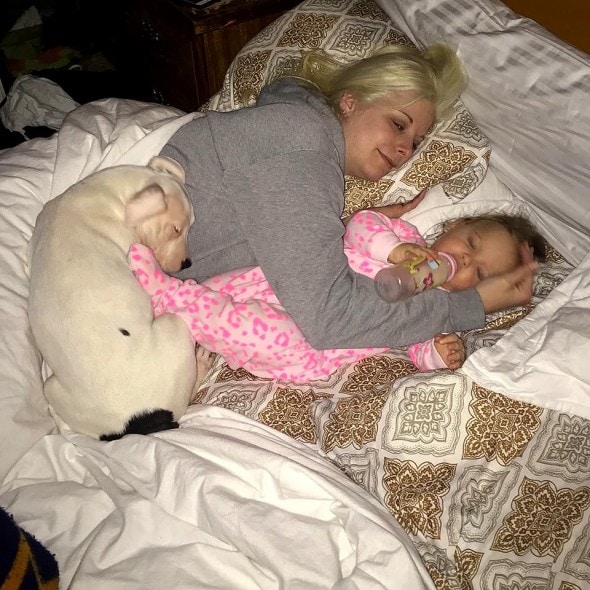