An eight-month-old male puppy clung to his life after an unidentified animal abuser threw acid on the dog’s face burning off 70% of the puppy’s jaw and right side face muscles. Thanks to veterinarian Nelson Mejía, the puppy named Matias, now has a chance at life. However, his road to recovery is a long one. 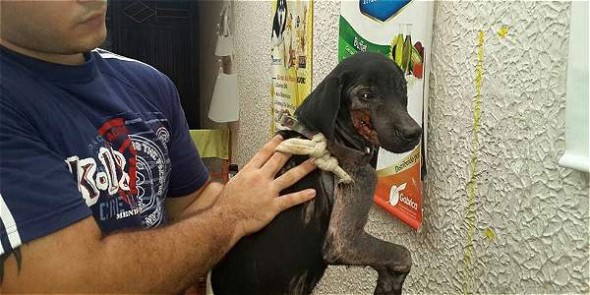 According to Mejía, the puppy was first seen roaming the streets of a northern neighborhood in Bucaramanga, Colombia, along side a woman, but a few minutes later he was spotted alone and with his face burned off.

The dog was rushed to Mejía’s veterinary clinic where he and his team saved Matia’s life. The veterinarian said the pet who was also underweight and suffers from skin infections will require six to eight months of medical care until he is fully recovered. 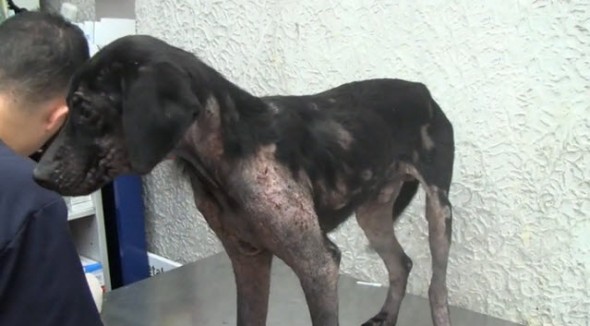 Matias might have long lasting scars along his face, but animal lovers in the community have stepped up to cover medical costs and ensure local authorities don’t stop looking for the animal abuser who committed this crime.

The dog continues to be under Mejía’s care, has gained a few pounds and for now is out of danger.