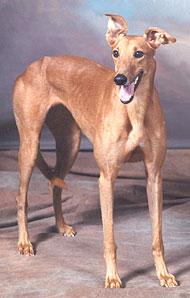 Tucson  AZ has joined South Tucson and banned the use of anabolic steroids within city limits.

Tucson Dog Protection was instrumental in getting the ban passed. According to their chairwoman Susan Via, injecting these steroids into females can cause liver and genital damage/deformities, infections of the genitals and shortens their lives.  The Tucson Greyhound Park is located in South Tucson and that city has already banned the use of steroids for the racing dogs. To get around this issue, the dogs were taken to Tucson and legally injected there by the track veterinarian.

The Tucson Greyhound Park CEO and General Manager Tom Taylor defends the use of steroids as effective birth control for females. Every (veterinarian) I have worked with said it is a medication,” Taylor said. “If administered properly, it does what it is supposed to do” and nothing else. “It’s what’s best for the dogs,” Taylor said. “And we will always do what’s best for the dogs.”

Many in Tucson disagree. Between 2005 and 2006 the park reportedly lost 140 dogs, it is assumed by a hauler. In 2010 eight dogs died from the heat on their way to Tucson. Greyhound activists have shown footage of dogs being crammed into dark, small cages and fed meat that is rated 4D, and should not be consumed.

Greyhound activists and others would like to end dog racing in Arizona completely. Banning anabolic steroid use is a step in the right direction.