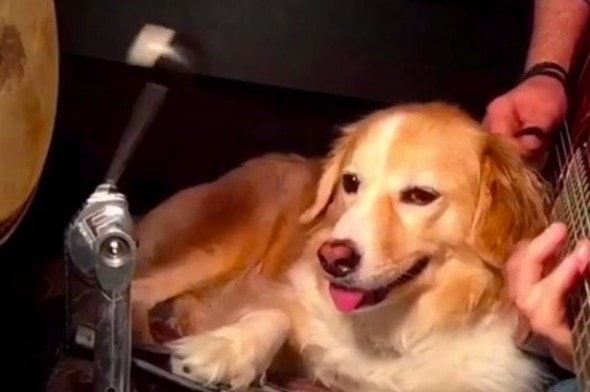 In the United States, one would be hard pressed to go to a sporting event, or even turn popular radio and not have heard of The White Stripes.  One song in particular seems to be more well known than others, and most likely, it’s that driving bass drum beat that gets everyone going.  The tune is called Seven Nation Army, and it’s everywhere.

Well, not to be outdone, enters Vine hit Maple.  Maple is a dog, and has over 170,000 followers on the popular internet video site.  Maple has covered other songs by such notable artists as Sam Smith, The Script, Imagine Dragons and George Harrison.

Check out Maple’s video below.

Now that, is one talented dog!  Go Maple, GO!

Just in case you’re not familiar with the original song, you can check out the video on YouTube, or simply click here.