A man from Detroit suspected of breeding fighting dogs is reported to have been found tied up, beaten and tortured, and having had one of his ears cut off.  Police say that a group of men attacked him wearing masks, and were punishing him for raising dogs in deplorable conditions.

A local Fox News affiliate counted 16 dogs total on the man’s property.  They all appeared to be malnourished, and living outdoors in filth.  This doesn’t take into account the dozen or so dogs that the man had in his basement. 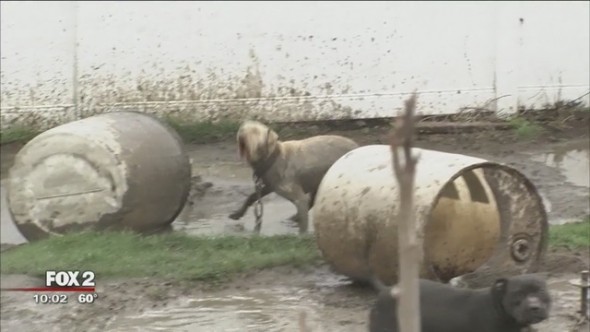 According to reports, the man went out to the back to feed the dogs when the other men attacked him.  The man said they were wearing masks, and that they forced his other family members back into the home.  The three men then tied him up, along with his two tenants.  They beat the property owner up, demanding money.

“My cousin’s not a small man, you know what I’m saying.  They knew what they were doing,” says Marty Johnson.  Johnson is the property owner’s cousin.  “They tied him up; they beat him up pretty bad; broke ribs; broke fingers; stabbed him with ice pics; cut his ear off.  It was just messed up.”

The police are confirming that the man was targeted because of his dog breeding operation.  Apparently, many people believe that the man breeds the dogs for fighting purposes.  He also owns other properties where dogs are bread and raised.  Taking that into consideration, and the conditions the dogs on this particular property were living in, it isn’t difficult to see why someone would think that. 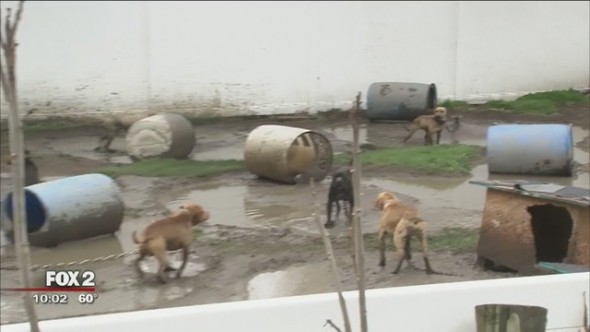 The man’s family is denying any and all accusations that he is raising dogs to fight.  They say he’s just a simple breeder, and loves his dogs very much.

“No, he don’t [sic] fight dogs. He breeds dogs,” says the victim’s brother, who did not wish to be shown or named. “He has a lot of dogs. He’s been like that since we were kids.”

The people that attacked the man are still at large, and police are asking anyone with information to please come forward.  Keep checking back, as Life With Dogs will be following this story, as it unfolds. 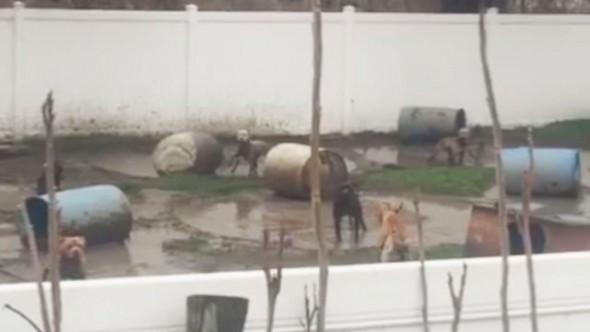