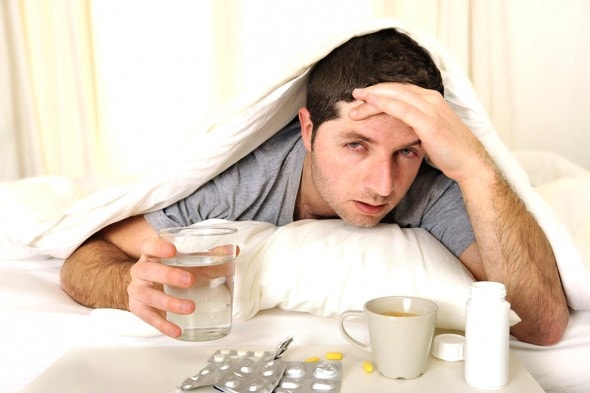 You’re headachy.  Stomachachy.  Nauseated.  Dehydrated.  You have a hangover.  What’s your cure – a gallon of water?  A banana smoothie?  Hair of the dog that bit ya?  You might be right about the dog.  Not about the hair, but the saliva.  Disgusting, but true – a new study is showing that an enzyme in the saliva of some puppies can instantly zap that hangover.

The headaches and nausea after extreme bouts of drinking are said to be caused by an enzyme called alcohol dehydrogenase (ADH), which is released by the liver to convert the ethanol in alcohol into acetaldehyde.  Reducing the amount of time this chemical spends in the body is crucial in hangover prevention.

Puppies have an enzyme in their saliva called lysozyme.  A recent study out of Belarus has shown that lysozyme can break down acetaldehyde around 42 percent faster than even the best known remedies. 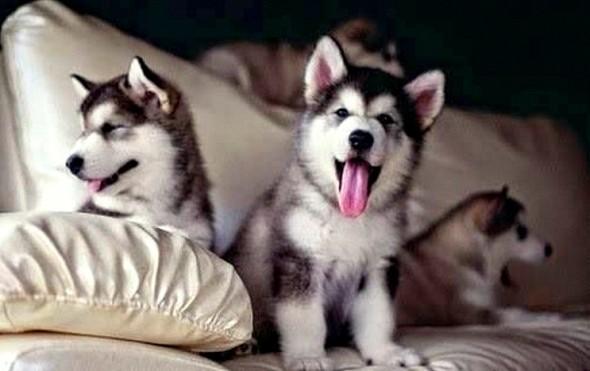 Dr. Lila Dosopfray of the Gomel State Medical University conducted a double blind experiment on 180 participants that were allegedly very hungover from the Kupalle festival that takes place between July 6th and 7th.  They were separated into three groups:  one was given nothing, one group was given a placebo (sugar pills), and the third group was given concentrated saliva in pill form.

“We know this is a very unconventional branch of science, but we have long been aware that dog saliva has been said to have healing properties,” Dr. Dosopfray told the European Journal of Medical Genetics.   “Young dogs have even more of these enzymes in their saliva, and this research has demonstrated that their saliva is highly beneficial in this application.”