Virginia Man Petitioning to Get Illegally Seized Service Dog Back

Bill Selepack loves his Min Pin, Max, more than anything in the world.  But he has been without him for nearly a year – the 18-pound dog was taken by a SWAT team – and all because his county officials refuse to comply with federal laws regarding service dogs and people with disabilities.  They are even refusing to acknowledge that Bill has disabilities at all.  He is pleading for your help – please sign his petition to get Max back! 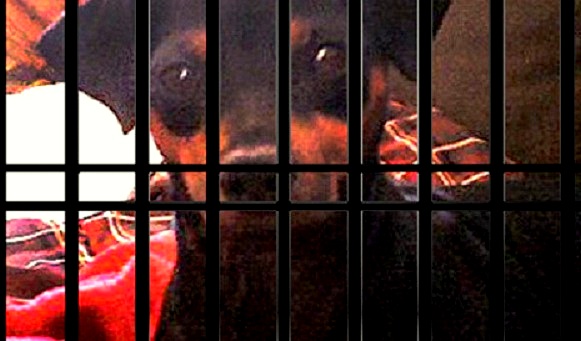 AMERICA, can you believe that Loudoun County Animal Control, VA brought a SWAT team, on October 1, 2013 @ 9:25 pm, to SEIZE an 18 lb service dog from a disabled person for NON-VIOLENT, illegal citations?

I can, because it happened to me!  I’m 51 and suffer from multiple physical and mental disabilities (that substantial limits major life activities 42 US Code § 12102), like dementia, a degenerative bone disease, a breathing & respiratory condition to name a few.  I require a service dog, Max an 18 lb CKC registered Miniature Doberman Pincher (due to my disabilities, I couldn’t handle a larger service dog).

This happened because Loudoun County, VA refuses to comply with the “revised 2010 ADA regulations on service dogs” that implemented the ADA, for Title II (State and local government services) on September 15, 2010.   These requirements, or rules, clarify and refine issues that have arisen over the past 20 years and contain new and updated requirements; in other words, THEY BROUGHT SERVICE DOG REGULATIONS INTO THE 21ST CENTURY. Loudoun County has discriminated against a disabled person at every turn.

WHAT IS LOUDOUN COUNTY’S PROBLEM?  One of the “major components” of these regulations is that disabled persons (depending on their disabilities) will not have to SPEND BIG $$ for a “certified service dog”.  Another case that occurred in May 2013, (4 months before they seized Max), Loudoun County had issues again for non-compliance with the regulations, see article, THEY HAVE BEEN OUT FOR 4 years.

I JUST FOUND OUT THAT THE COURT OF APPEALS OF VA DISMISSED MY CASE DUE TO “PROCEDURAL ERROR ON MY PART”, SO I HAVE UNTIL THE 1ST OF SEPTEMBER TO FILE WITH THE SUPREME COURT OF VIRGINIA.

I HAVE BEEN TO FEDERAL COURT, JUDGE CLAUDE HILTON STATED, HE CAN’T GET INVOLVED UNTIL I HAVE EXHUSTED ALL AVENUES IN VA.

I HONESTLY DON’T UNDERSTAND WHY ANY OF THIS IS HAPPENING  AND IT NEEDS TO STOP NOW, I CAN’T TAKE IT ANYMORE AND CHIEF BOND CAN END THIS IMMEDIATELY!

I’m sorry for breaking into the middle of this, but I just found out. Please help.

I am unable to walk Max on a leash, and the 2010 ADA Regulations “allows me” to do this because of   “MY TYPES OF DISABILITIES” (this doesn’t mean all disabled persons can, there are guidelines), however, I am a responsible handler, a leash is always with me (if needed) and he is in an approved carrier when riding the metro or traveling, etc.

Animal Control, mainly Virginia Newsome, writes me citations for “dog at Large”, and “public nuisance”, for walking Max off leash.  Max is always under my immediate control, (he is not running unsupervised) and because she refuses my medical documents, she keeps citing me as a Non-Disabled Person and she used ordinance 612.28, public nuisance to get the order of seizer, she had other options, but chose to take MAX.

She has harassed, discriminated, refused any of my medical documents, ignored federal law, and made false statements about me, both in and out of court and in July 2013, she enlisted two people, to follow, harass, take pictures of me and make “questionable complaints” directly to her.

One of her “enlisted” would come close to me, pull out his cell, hit speed dial and just state “Max just attacked me” (nothing else, no hello, this is), he hangs up and walks away, then I get a citation for dog at large.  I walk a friends dog with Max, during the day, (both off leash), however; she only cites Max.  Clearly, she has issues with just me and she makes my already difficult life harder.

I’VE BEEN FIGHTING THE SYSTEM, for 10 months and ENOUGH!  I’m now taking my plea to you AMERICA; I NEED your HELP to get MAX BACK! 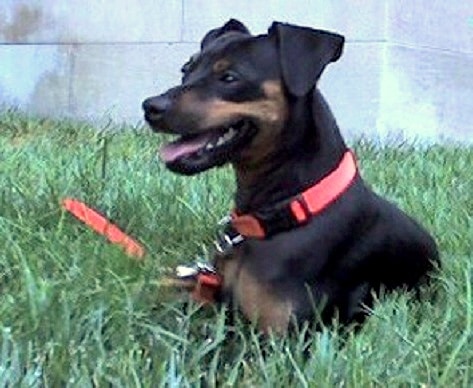 I must state: “I believed in the system and that the courts would rule in my favor”, I was in compliance with federal ADA laws and regulations and the courts would end the problem with Animal Control.  I was completely dumbfounded as to what happened in the courts.  The following statements are true and correct and can be verified by others that were in the courtrooms.

I have fought these citations in their General and Circuit Court, with no justice, because the courts would not 1.  Allow me/my lawyer a proper defense, 2.  They denied any medical or any evidence, 3. Dismissed witnesses before they were done testifying (including myself) and 4. We weren’t allowed or stopped from cross examining them 5. They even refused to uphold VA Code 1-248, Supremacy of federal and state law and therefore, the courts violated my civil rights.

Judge Worcester stated: “who am I to believe, you or an officer of the court”

Judge Buttery stated: “I am ruling on Loudoun County law only”

Judge Finch stated: “I believe that Mr. Selepack has had some operations, however; I do not believe for one minute that he is disabled”

My lawyer objected to a photo the DA was entering, he questioned its authenticity and everybody from the DA’s table, denied its existence, then Assistant DA Russet Perry stated: “I don’t know where it came from, it just showed up” and Judge Finch allowed it.

At one point, my lawyer stood up and asked the court for a “Mistrial”, stating “the court wouldn’t allow him to defend his client properly” and because we weren’t allowed to prove I was disabled; I was tried as a NON-DISABLED person and found GUILTY.

So why didn’t Animal Control and Loudoun Courts uphold the Law?

Why did AC and the courts REFUSE to review my Medical Documentation?

Finally, after months of “begging” for help, US Senator Tim Kaine-D, VA,  stepped up and wrote a letter on my behalf, asking the DOJ to “expedite my complaint, because it involved a service dog” on January 16, 2014.

Chief Rebecca Bond replied on April 11, 2014 stating: “We have carefully reviewed … describe do not give sufficient detail of an issue that we are able to address”, and I believe she didn’t reply back to Senator Kaine.

As of June 30, 2014, their ADA Specialists stated that my complaint, “wasn’t logged into their system” and “until it is, nobody can access it or the exhibits” and they were behind due to the “gov’t shutdown” and “the inclement weather”, (that is 10 months behind).

Chief Bond, I filed a seven page complaint with 14 exhibits, where did I “not give sufficient detail” and what did you mean “alleging”, it is Federal ADA Law and how did you “review it”, if it wasn’t logged in, and how is taking a service dog “illegally” from a disabled person, “isn’t an issue we were able to address”?

THIS IS WHY I NEED YOUR HELP AMERICA!

Since Max has been gone, I am a prisoner too, I cannot function independently without him, please help free us both!

Please sign the petition to tell Chief Bond and Director Moran to do their jobs and right this grave injustice to me and BRING MAX HOME IMMEDIATELY.

Use your enforcement section to “sanction and fine”   Loudoun County and ensure that the county becomes compliant with the “2010 ADA regulations on service dogs”, like their neighboring county, Fairfax.

Institute a policy change on the way complaints are handled, put into place a system for “EMERGENCY COMPLAINTS”, so that they can be handled immediately, so no one else has to go through this travesty of injustice, like I have for 10 months.

CHIEF BOND HAS THE POWER TO END THIS IMMEDIATELY!

Thank you all, for your support.

Please go to the website for the complete story and documents, involved in this travesty at: americahelpbringmaxhome.com, and Please forward this petition, I need your help AMERICA!

Here are the email addresses of Chief Rebecca Bond and Director Molly Moran: