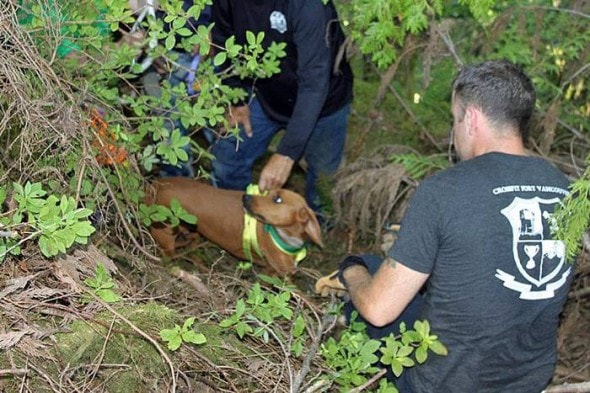 Neighbors and volunteers with the Washington State Animal Response Team came together to rescue a dog that was trapped in a logging slash for four days.

Neighbors in Acme, Washington heard a dog barking from a steep ravine nearby and called the Whatcom County Sheriff’s Office for help. The Sheriff’s Office reached out to Washington State Animal Response Team (WASART) for help. WASART is a non-profit organization that focuses on animal-related disaster response needs in Washington.

Volunteers with WASART arrived on the scene and they were able to harness the dog and carry the dog to safety.  The dog was thirsty and hungry, but otherwise doing well. Then with the help of missing dog flyers they were able to reunite the dog with its family.