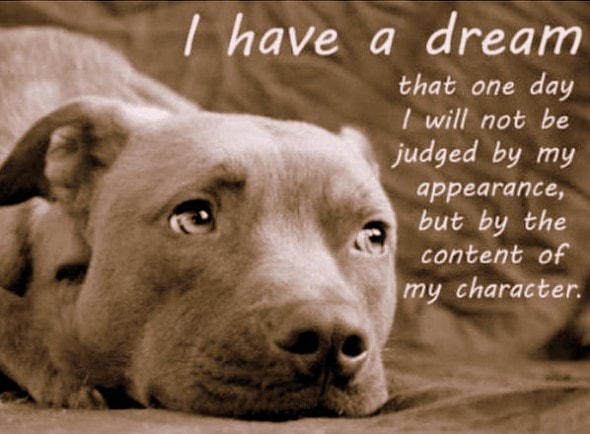 This week the House Judiciary Committee in Olympia, WA heard House Bill 2117, which would ban any municipality within the state from enforcing ordinances declaring a dog to be dangerous based solely on its breed. The bill would also prevent a dog’s breed from being used against it in criminal prosecution.

She pointed out to Tuesday’s committee that discriminating against certain breeds does not solve the problem of dangerous dog attacks, noting that a friend of hers was attacked and disfigured by a beagle.

“We’re talking now about Snoopy,” she said. “Are we going to ban Snoopy?”

Beagles aren’t normally considered dangerous, but due to bad and irresponsible owners, pit bulls, a blanket term for American pit bull terriers, American Staffordshire terriers, and Staffordshire bull terriers, frequently make headlines for brutal attacks that maim and kill people and animals. Pit bulls are strong and incredibly loyal, meaning that they will become exactly what their owners shape them into.

Dogs are not dissimilar from children in that they need proper guidance and training on what is acceptable behavior. Many owners have tiny, insecure dogs that anxiously bark at and then nip people. But they brush off their dogs’ bad behavior, misguidedly finding it cute. But if a pit bull owner is that flippant about their pet biting others, the consequences can be disastrous. This is down to bad parenting, not because a pit bull is a born liability.

“I just don’t fundamentally believe that any breed is genetically predisposed to violence,” said Rep. Christ Reykdal (D-Turnwater). “We used to have cock-fighting. Human beings used to get chickens and put them together and have them fight, but we would never declare chickens as violent creatures.”

Elaine Allison, operations manager of the Benton-Franklin Humane Society, believes all dogs should be treated equally.

“Visual identification is often inaccurate and subjugates dogs and owners to unrealistic expectations that are patently unfair,” she said. “Scientific identification does not work either. There is no scientific data to support a claim that any breed of dog is inherently dangerous.”

She says statistics from the Tri-Cities area (Kennewick, Pasco and Richland) show that Chihuahuas bite more people than any other breed.

“The Tri-Cities deserves to be safe from all breeds of dogs,” she said. “There is a breed restriction in place here and it’s time for it to change.” 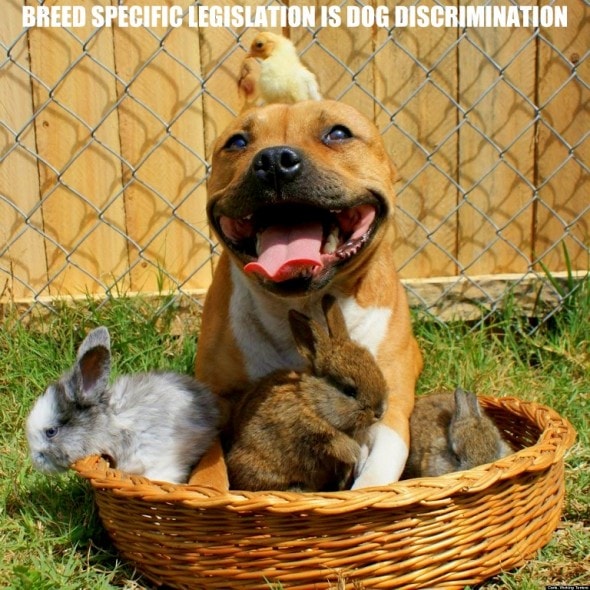 HB 2117 states:
(1) A number of local jurisdictions have enacted ordinances prohibiting or placing additional restrictions on specific breeds of dogs. While the legislature recognizes that local jurisdictions have a valid public safety interest in protecting citizens from dog attacks, the legislature finds that a dog’s breed is not inherently indicative of whether or not the dog is dangerous and that the criteria for determining whether or not a dog is dangerous or potentially dangerous should be focused on the dog’s behavior.

(2)The legislature further finds that breed-specific ordinances fail to address any of the factors that cause dogs to become aggressive and place an undue hardship on responsible dog owners who provide proper socialization and training. The legislature intends to redirect the focus away from particular breeds and to instead encourage local jurisdictions to employ more effective and data-driven prevention models to control dangerous dogs and enhance public safety.

Fourteen states have already banned BSL, and many politicians are able to see how illogical and discriminatory the bans are. Rep. Brad Klippert (R-Kennewick) agrees with most of Appleton’s views on the matter, but asks that local jurisdictions be able to decide whether or not they want to keep their current bans in place.

But if municipalities can still ban whatever breeds they want, what is the point of the statewide bill? Appleton says telling people they can’t live in a city unless they get rid of their dog discriminates against both the owners and the dogs.

“We don’t get rid of our children if they misbehave,” she said, commenting that pets are family to many, and that BSL is irresponsible.

Emergency room nurse Zak Thatcher made the four-hour drive to testify at the hearing. She sees a lot of dog bites on the job, but no consistency with any particular breed. Tagging along with her was her three-year-old bull terrier, Ozymandias (Ozzy), who she said is illegal in many parts of the state.

“This dog is banned in several cities based on his appearance,” she said. “He’s a puppy who has had a very long day … but the dog himself is harmless.”