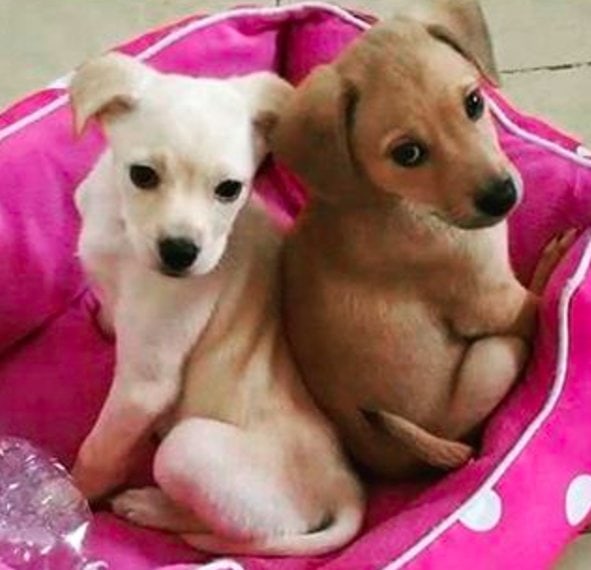 Two years ago, when Tina Wismar was visiting the East Coast Claws and Paws shelter in New Jersey, she wasn’t planning on actually making an adoption.  Little did she know that fate would have completely different plans for her that day.  Wismar didn’t just adopt a puppy, she took two home with her that day.  By doing so, she created a bond between two dogs that are seemingly unbreakable. 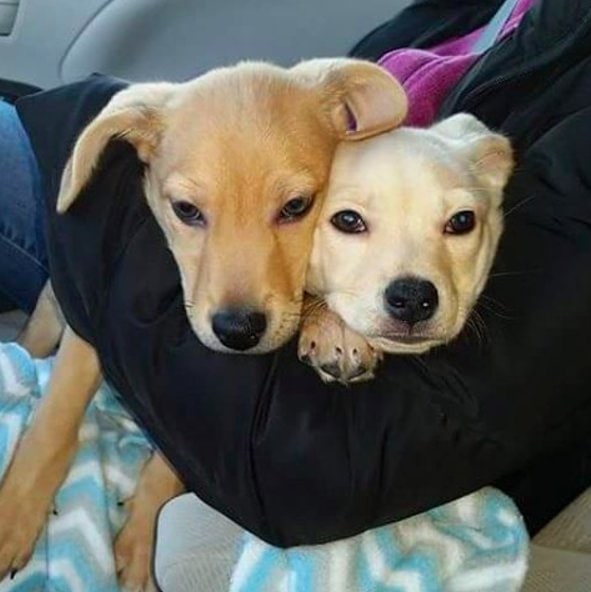 Wismar had just lost her dog called Perry recently.  He had been with her for a good long time, and he passed away knowing that he was much loved, and would be very sorely missed.  Wismar wasn’t even sure she was ready for another dog just yet, but the moment her two sons laid eyes on Juno and Jordan, she knew that she wasn’t going to be able to leave without them.

“We went to the shelter, which was just a few minutes down the road from my house, and we started playing with these dogs,” Wismar told The Dodo.  “They were just wonderful.” 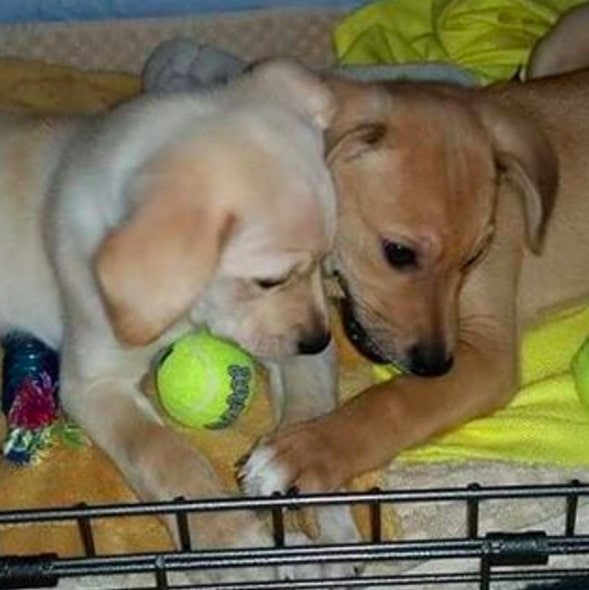 There’s not a whole lot known about what life was like for Juno and Jordan in the very early days of their lives.  It is known that they were the only survivors of their litter, and it’s thought it was because mom was unable to produce enough to feed everyone.  Thanks to some human intervention, they were rescued and bottle fed, and both are in great health.

Juno and Jordan may have lost their siblings and their mom, but they still had each other.  Wismar could sense the bond between the puppies, and know that it just wouldn’t be right to adopt one without the other.  After all that they had to go through to even make it all the way to being adoption-ready, separation was just not an option. 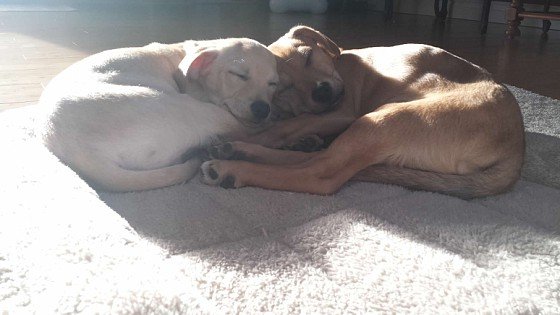 “They were just interacting and playing and nipping at each other,” Wismar said.  “They were so attached to each other.  If one would run off, the other would follow right behind, and they’d be tumbling on the floor together, and they were both licking and kissing me and my sons.  They were like a show — an act. ” 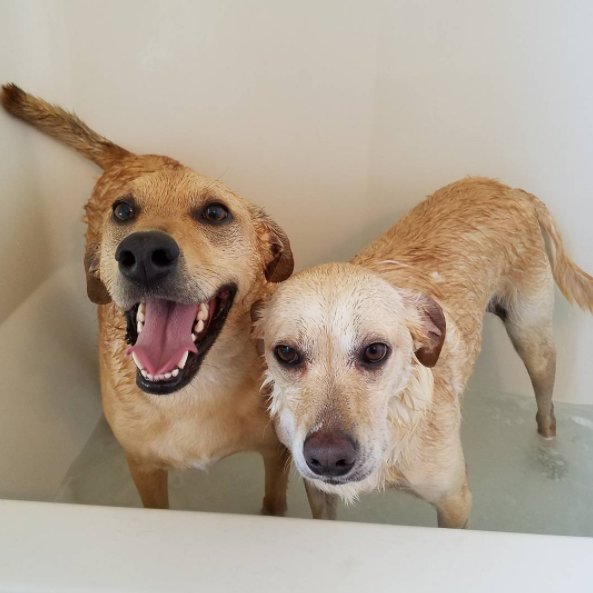 The shelter worker took one look at Wismar and her two sons, and asked which one they’d like to take home.  Wismar just replied, “Both.  I couldn’t separate these two.” 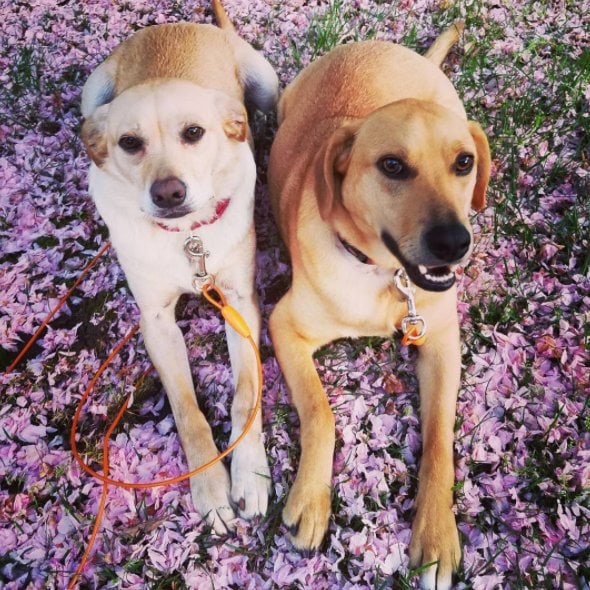