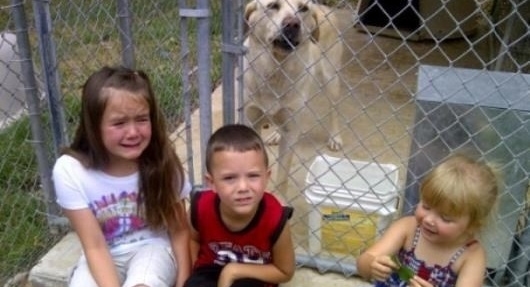 We’ve been keeping you up to date on Phineas, the Salem, Missouri dog sentenced to death because of an alleged bite to a seven-year-old girl.  The latest news is that he’s gone missing, and just before an important hearing on the case.

There is a lot of information on this story, so if you need to catch up, check out our original story and the follow-up. In a brief summary, in June 2012, Phineas was accused of attacking a girl by the girl and her family. Phineas’ family, the Sanders, disputed this, but the dog was taken.

Dr. JJ Tune of Dent County Veterinary Clinic was set to be the hearing examiner, but when he reported that Phineas was not aggressive, Salem mayor Gary Brown appointed himself judge and jury. He then declared the dog vicious and ordered his death sentence. 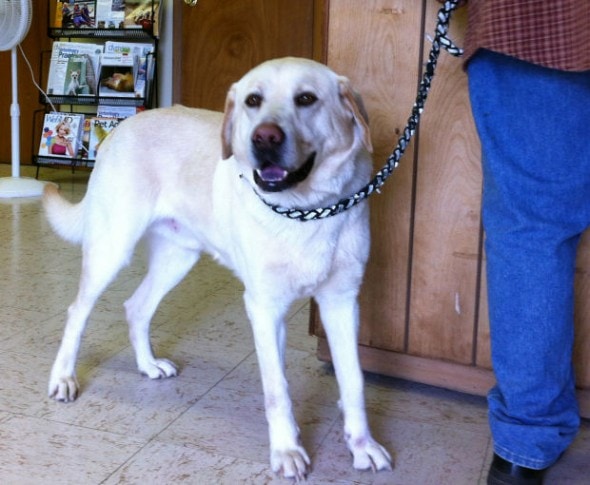 The bite mark on the girl’s stomach does not match Phineas’ teeth, and two canine dental experts agreed.

“It’s not even close,” said Dr. Kenneth Cohrn. “The dog’s dentition is so much larger than the pattern injury.”

Despite expert testimony, Judge Scott Bernstein upheld the mayor’s ruling. Today another hearing was scheduled, and just days ago, Phineas suspiciously disappeared from the shelter where he was being held.

Numerous threats have been made against the Sanders family and their dog, and they believe people who, for whatever reason, are against them, are behind this. Their kitten was poisoned during the first hearing, and for Phineas to suddenly vanish at this point in time seems to be more than coincidental.

“They’ve fought a long battle,” said Joe Simon, the Sanders’ attorney. “At the end of the day, they just wanted the dog to be let go. They’ve already said the dog didn’t need to come home, and they’d allow the dog to go out of state, and that’s all they wanted. And now the dog’s gone and probably dead.”

Phineas was being held at the Dent County Veterinary Clinic, with Dr. Tune in charge of overseeing him. He believes someone broke in through the back door and took him after the clinic closed on Friday of last week.

“We have no security system other than the police station a block away,” said Tune. “And it wouldn’t take much to pick one of our locks and break in if you knew what you were doing.”

The Salem Police Department is supposedly investigating, but of course, have no leads. Today, Judge Bernstein was asked to reconsider his ruling on the case.

This is not the first time Phineas has done a vanishing act: months after he was seized, Phineas was stolen and mysteriously returned to the county shelter at which he was staying. 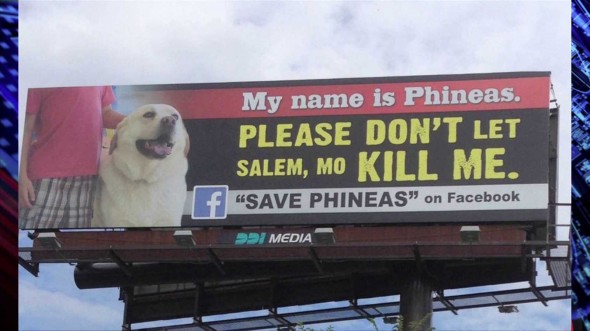 Jeff Lowe, another attorney for the family, stated that the previous ruling should be vacated because his clients had been deprived of their property (Phineas) without due process. The mayor did not follow rules about evidence, and he also based his decision on false testimony. The bitten girl’s mother claimed that Phineas had bitten her daughter on two previous occasions (yet she continued to allow her kid around a “vicious” dog?), but later recanted her tale.

Canine behavioral consultant James Crosby told the judge that after studying photos of both Phineas’ bite and the girl’s bite mark, he could confirm that Phineas was not the biter in this case.

No decision is expected until next week after legal briefs are filed, and the case may end up going to the Missouri Supreme Court.