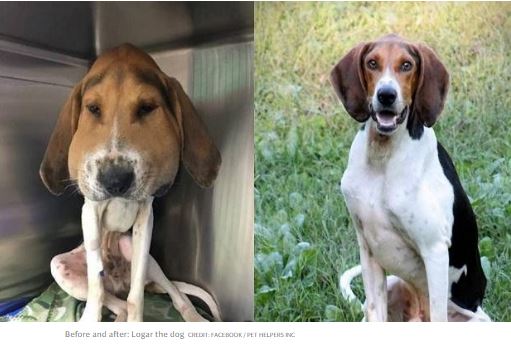 Think this pic is photoshopped? You’re not alone, but it’s actually the real deal!

Poor Logar’s head swelled to epic proportions following a snake bite. Rescuers (and subsequently everyone who saw the photographs of his poor, enormous head) barely believed it was real.

The good news, though,is that despite the unfortunate incident, he’s gone on to make an astonishing recovery.

“Logar has a much better update to share!” said a post on Pet Helpers Inc.’s Facebook page. Logar had been in the West Virginia rescue’s care during the healing process. “He is doing well, loves everyone, his neck wound is healing nicely and he is gaining some weight!” 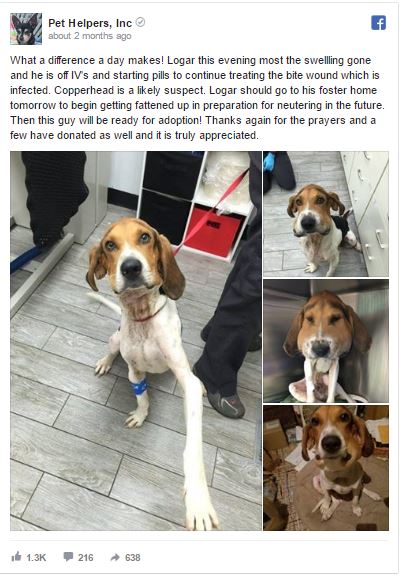 It really is hard to believe the robust hound in the photo is the same dog!

In a more recent update they added: “Remember Logar? He was the dog that had been bitten by a snake a couple months ago and his face swelled so badly it was hard to imagine it was real…….people accused us of using Photoshop to enhance his photos…?”

They went on to add that Logar has gone on to join a forever family which includes a fur-sib called Oliver, who had come from the same rescue.