In light of today being National Dog Fighting Awareness Day, we are taking the time to share a message with you from ASPCA President and CEO Matthew Bershadker, and ask that you please pass the information along to help put an end to this barbaric custom.

Just last week, authorities in Milwaukee, Wis., along with the ASPCA, raided eight crime scenes, seizing 23 suspected fighting dogs. It’s a chilling and sad reminder of how prevalent dog fighting is in America today and a further indication of why it was necessary for us to declare today, April 8, National Dog Fighting Awareness Day.

Even though dog fighting is a felony in all 50 states, the ASPCA’s participation in two major multistate raids in the last year alone refute any claim that dog fighting is a rare activity, or that it’s restricted to certain parts of the country or people with whom we wouldn’t normally associate.

The truth is dog fighting is not a relic of times past or random, isolated incidents. In addition to last week’s Wisconsin dog fighting case, nearly 100 dogs were seized in a multi-state raid just over a year ago across Texas, Missouri and Kansas. Just eight months ago, hundreds of dogs were seized across Alabama, Mississippi, Georgia and Texas in what is believed to be the second largest dog fighting case in U.S. history.

The truth is dog fighting is not a “southern problem.” The blood sport has been reported in urban, suburban and rural settings in all regions of the country.

These are the relatively pleasant truths. Unpleasant truths include stories of animals being routinely and viciously attacked, beaten, electrocuted and drowned. They include stories about “rape stands” used for breeding, and “bait dogs” used for fighting practice. Bait dogs are typically stolen pets or dogs that refuse to fight. Their teeth are often removed so that other dogs can practice fighting without getting injured.

As I wrote recently, it’s not enough to see dog fighting as just a crime. Society discourages, yet tolerates a number of crimes — some are even glorified. But dog fighting is a deep stain on our national character, a cultural embarrassment we should all feel. This is not about just locking up bad guys; this is about doing everything we can to bring this nightmarish practice to an end. We can’t rest until it does. 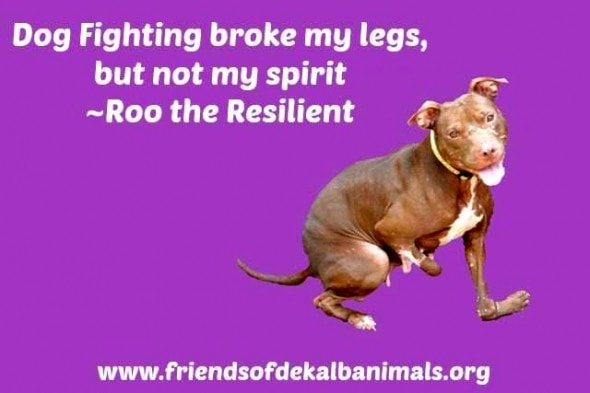 That’s why National Dog Fighting Awareness Day isn’t just another way to fill a calendar box; it’s a necessary measure to help stop one of the most horrific forms of animal abuse imaginable.

Of course you probably don’t know about dog fights going on where you live. But chances are you know some children, and can talk to them about the value animals bring to our lives, as well as the humanity we owe them in return.

Here’s what else you can do:

Matthew Bershadker is President & CEO of the American Society for the Prevention of Cruelty to Animals (ASPCA). Learn more about the ASPCA’s mission and programs at ASPCA.org. 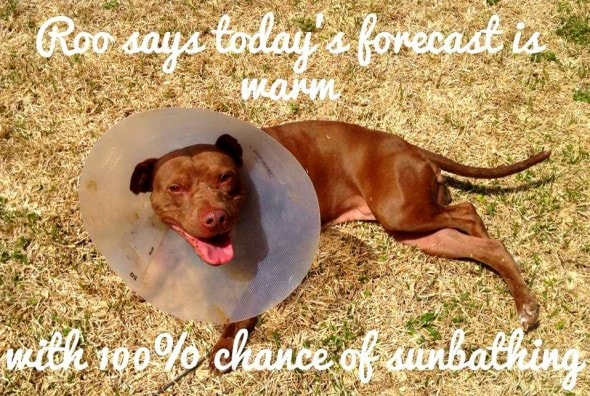 See more of this smiling sweetheart hamming it up on her Facebook page, Roo the Resilient.