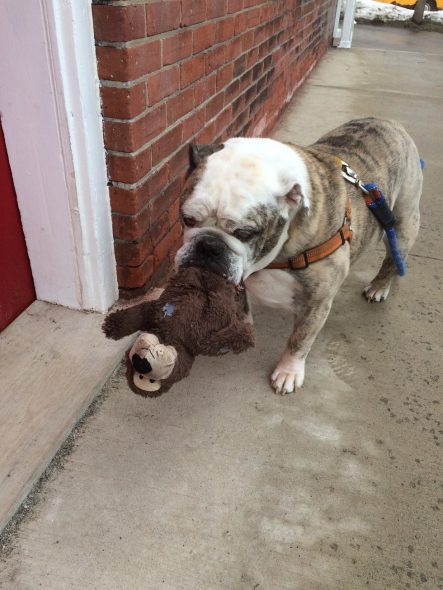 Winston the bulldog recently celebrated his tenth birthday!  However, just because he has achieved a particular chronological age, this adorable dog still has A LOT of puppy left in him!  Winston LOVES his stuffed toys, and they seem to keep him feeling safe and secure.  That’s why he cannot go anywhere without them.  Not even to the bathroom!

Ever since Winston was just a wee wiggle-nugget, he has been obsessed with his toys.  His humans say that if Winston is around, you can be sure that there will be at very least one hanging out close at hand at all times. 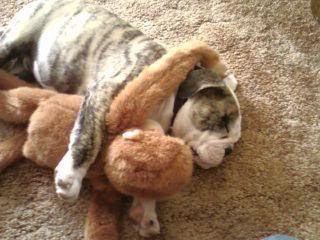 “Winston is very attached to his toys,” said Becky Smith to The Dodo.  Smith is Winston’s human-mom.  “His favorite toys are his duck and bear.  He carries them outside with him almost every time and has done this for many years.”

On the odd chance that Winston forgets to bring a toy with him, he doesn’t hesitate to go back into the house and grab one.  His human mom says that they almost act like a security blanket of sorts.  Without his toys, he is completely lost.  Kind of like some people with smartphones… 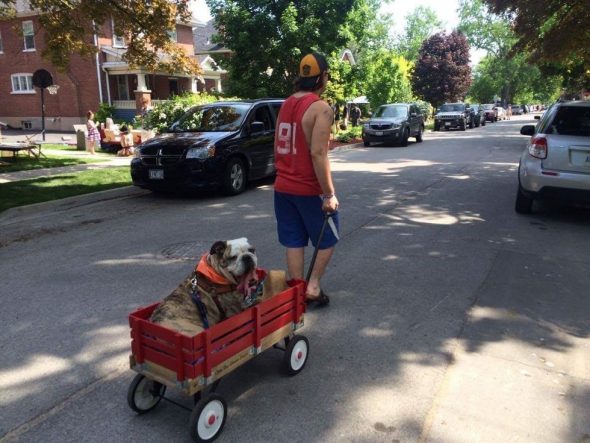 “He uses his underbite to pry open the door,” Smith said.  “We’ve since installed a latch to keep him out but he’s too stubborn to stop trying.”

Winston may be a quirky little guy, but there’s absolutely no doubt that he is adorable.  He is also the sweetest dog that his humans have ever known, and they wouldn’t change a thing about him.  Not for anything or anyone in the world! 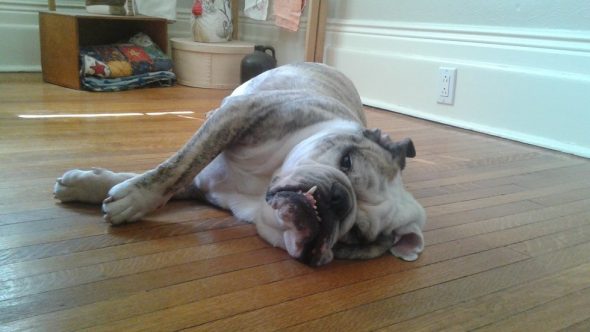