The International Fund for Animal Welfare has announced the rescue of 29 wolf dogs from a substandard breeding facility in Palmer, Alaska. Staff and volunteers from the Lockwood Animal Rescue Center worked with the Alaska State Special Prosecutor to take possession of the animals living with inadequate veterinary care, food, water and socialization. After two days of veterinary work, the team transported the wolf dogs more than 3,000 miles to their new home at the Lockwood Animal Rescue Center in Frazier Park, California. 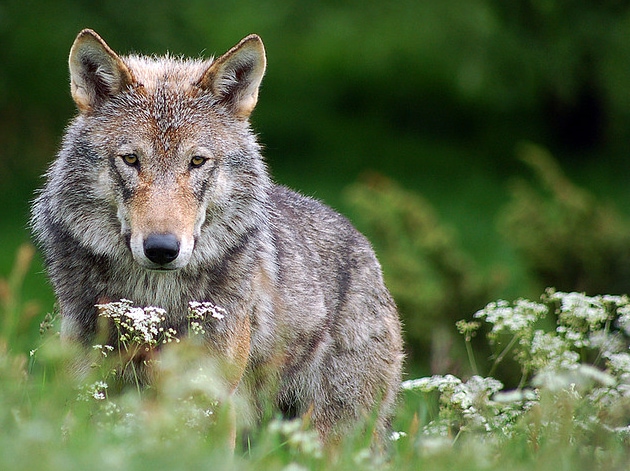 The wolf dogs were being housed individually held by eight-foot chains around their necks. According to reports, the owners fed them only once every four days and, once winter set in, left them to drink out of the soiled fallen snow. Many of the animals exhibited signs of dehydration and open sores around the necks.

“It is absolutely heart-wrenching to see animals living in substandard conditions like this,” said Gail A’Brunzo, IFAW Emergency Relief Officer. “In nature, wolves travel 30-50 miles in a day so it’s no surprise to see how miserable they were chained-up like that. They are genetically wired to be wild,” said A’Brunzo. “This case shows again how thoughtlessness and inadequate care results in terrible suffering for animals.”

The rescue effort in Alaska involved a team of four veterinarians, an oral surgeon, numerous veterinary technicians and a host of volunteers working day and night to sterilize the wolf-dogs and provide much-needed medical care before the journey south.

“This is LARC’s most labor-intensive rescue so far, it has taken weeks of intense work by many people and we can’t wait to take these wolf dogs back to our sanctuary and provide them the kind of life they deserve”, said Dr. Lorin Linder, LARC President and Co-founder.

Wolf dogs (also known as wolf-dog hybrids) are, like the name implies, part wolf and part dog. Increasingly, people are breeding wolf dogs to be sold as pets. In North America, there are an estimated 300,000 wolf dogs and 1,500 federally regulated pure wolves living in captivity.

“Wolf dogs pose significant behavioral challenges for owners. They can dig, jump or chew out of conventional containment with ease. This sadly results in a large population of unwanted animals who wind up chained in backyards, abandoned or euthanized,” said A’Brunzo.

Upon learning of the situation, IFAW stepped-in and provided new enclosures to ensure that all 29 wolf dogs will spend the rest of their days in a suitable environment.


The Lockwood Animal Rescue Center is located on 20 acres in the Los Padres National Forest in Ventura County, California. LARC is currently home to 16 wolf dogs. This is the second time IFAW and LARC have collaborated in a rescue; earlier this year four wolf dogs were moved to the sanctuary in California from a bankrupt sanctuary in Texas.