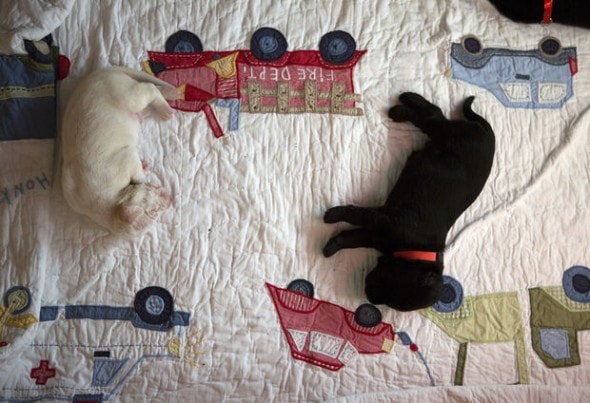 Sitting on the roadside, crying your puppy dog eyes out and completely caked in mud is no way for a tiny puppy to spend the first few days of it’s life.  That’s exactly how little Gabriel started off his.  Thankfully, a woman passing nearby heard the pup’s pitiful cries for help and took him off the busy highway and into safety.

The woman, upon finding the puppy, immediately took action, and attempted a plea for help at a Saginaw County, Michigan Animal Care Center.  When she arrived, she was greeted by a lock on the door.  She was totally unaware that there was a phone number that could be reached out to after hours in just such an emergency. 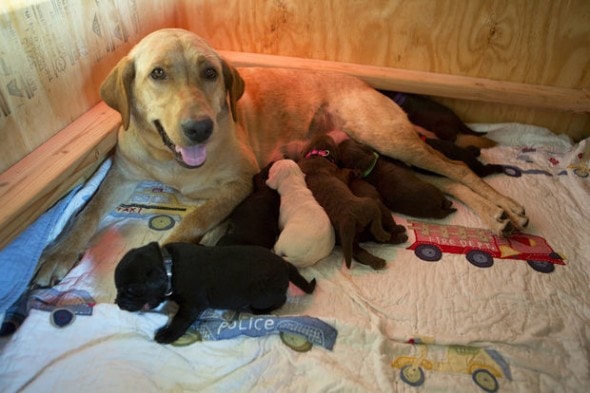 Instead, she did what she thought would be the next best thing, and brought the pup to a fire station by Fordney Park.  Jeff Ezop was the man responsible for coming forward and actually saving the dog’s very young life.

Ezop has a dog that had just birthed a litter of puppies, so his first notion was to bring the frightened pup into his home, and make an attempt to save it’s life. 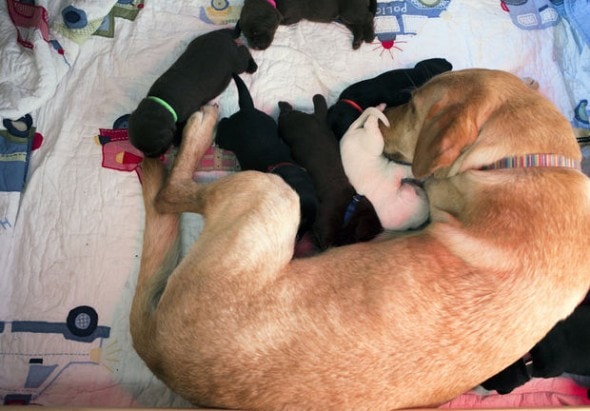 “We’re not equipped to take care of animals here (at the station), and we can find homes for them,” said Ezop.  “But this was the perfect situation.  She caught us when my shift was in, our dog just had pups and he was too young to just leave on his own.”

Ezop brought the puppy home to be introduced to the new mother and her litter for approval.  Maya, Ezop’s dog sniffed the pup and had decided that everything was okay, and the puppy could be accepted as one of her own. 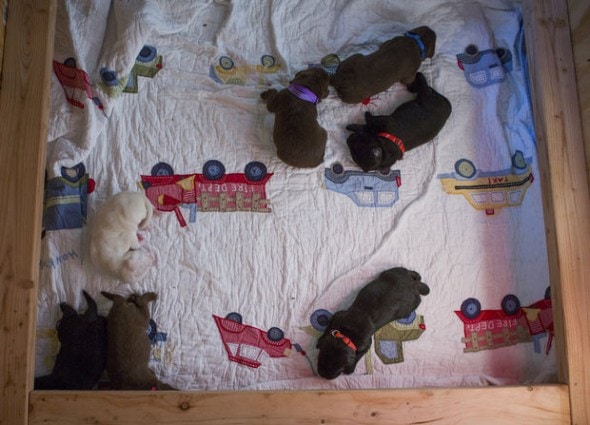 “When he came here, he couldn’t even hold up his head,” said Ezop’s wife, Marisa.  I named him Gabriel because it means ‘God is my strength’ and he could use an angel like that at his side.”

Everyone in the family has pitched in to help the little guy out, and he is safe, and doing very well with his new litter mates.