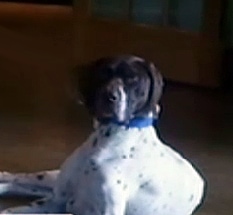 If you find a stray pet on the side of a Mississippi road make sure you understand the law or you risk spending time in jail. That warning from animal rescuer Stephanie Mitchell is based on personal experience. The Drifter’s Place Animal Rescue director was arrested after trying to reunite a lost dog with its owners.

Mitchell picked up a stray dog on the side of the road in Oxford last week. The dog was not wearing any form of identification, so she brought it home for the night.

She was arrested 24 hours later, and maintains that something needs to be done to modify state law.

“I took it home, put it in my house, slept on a couch and the next day spent half a day trying to find the owners only to be arrested.”

Mitchell had visited local vets and businesses in an attempt to identify an owner,  but when none were identified, she put the dog’s picture on Facebook. Within an hour the owners of the dog found the picture. They also accused Mitchell of stealing their dog.

Mitchell said that after a brief argument, she dropped the dog off at a local vet and told the dog’s owners they could retrieve it there.

“Later on that afternoon I received a phone call that I was to come to the sheriff’s department because I had a warrant out for my arrest,” Mitchell said.