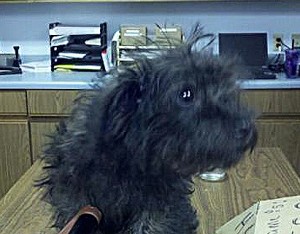 A Minneapolis woman is under investigation for trying to send a puppy through the U.S. Mail.

39-year old Stacey Champion walked into a downtown Minneapolis post office Tuesday and paid to have a parcel shipped to Georgia. But before the package could be mailed, postal workers noticed that it was moving on its own – and opened it to find a puppy sealed inside.

The package had no air holes and contained no food or water, and would have eventually been shipped via air, in an unheated, unpressurized compartment. A postal inspector said that if the package had not moved and been noticed, the dog would have been very likely to die in transit.

Animal control has taken custody of the 4 month old mixed breed pup, and Champion has been charged with misdemeanor animal cruelty: additional charges are expected.

Champion told police  she was attempting to send the dog to someone in Georgia – as a gift.