Police in Kent County, Michigan told WWMT that they have made an arrest following a November incident involving a case of discrimination against a disabled veteran and his service dog.

A 21-year-old woman from Kentwood has been charged with refusing accommodation to a person with disabilities led by dogs, a misdemeanor. The woman’s name is being withheld pending arraignment on February 8th. 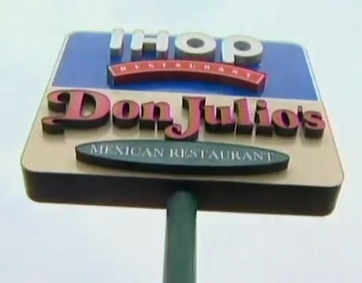 Gulf war veteran Frank Eckl and his family were forced to make alternate dinner plans last November when a restaurant manager told them his service dog was unwelcome. Eckl and his dog Spruce were given the cold shoulder when they arrived at Don Julio’s restaurant in Cascade Township, Michigan.

“She [the manager] said we were more than welcome to stay, but patrons in the restaurant and the manager didn’t want dog hair in the restaurant,” he said. “I was shocked that we were asked to have the dog leave and we could stay.”

Eckl requires a service dog because he has a condition that causes occasional seizures. Rather than cause a scene, he and his family went to the restaurant next door, where they were able to dine without issue.

When questioned by local reporters, the manager of Don Julio’s defended her actions and said she would do the same thing again if Eckl returned.

“I have to,” she said. “I can’t have any kind of animal be around food. It’s kinda hard having most of my customers leave out on me because of one customer.”