When a Huntington Beach, CA homeowner thought that her pets might perish in the fire that had engulfed her home, she shocked bystanders when she pushed firefighters aside and started to run back into the house. 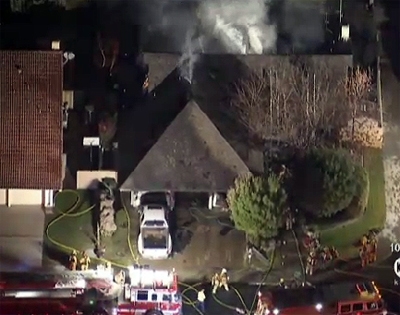 Dramatic cell phone video footage filmed by a neighbor captured the moment when the panicked woman burst through a line of firemen in an attempt to save her four trapped dogs. What she didn’t realize was that the same firefighters had already saved them.

The dogs are safe and staying with a neighbor for a few days while the unidentified homeowner makes new living arrangements. And even though her willingness to put personal safety aside in an attempt to save her pets was ultimately unnecessary, it serves as a strong reminder that one should never underestimate the devotion of a dog lover.