We would like to take a moment to fill everyone in on an enormous project that we have taken on here at Dog Tales. The…

Posted by Dog Tales Rescue and Sanctuary on Friday, February 26, 2016

Danielle Eden, co-founder of a dog sanctuary, recently visited a shelter in Israel built for 70 dogs, but it was housing 250.  She was meant to choose just a few of them, but the conditions were so bad that she decided to save ALL of them!

Rats were also trying to survive in the kennels, and were fighting the dogs for the scraps of bread being thrown to them.  Many of the rats were dying, and piling up in the cages, which already had several dogs in each one.

In come Danielle Eden and Rob Scheinberg.  In 2014, they founded Dog Tales Rescue and Sanctuary.  There are 50 acres of land with walking trails and even a therapy pools.  The married couple lives in Canada, but they’re both from Israel, and it holds a special place in their hearts.

“Danielle and Rob have four dogs of their own who they found on the street in Israel,” Clare Forndran, Dog Tales’ media specialist, told BuzzFeed. “Since they’re both from Israel, they love rescuing dogs from this place that holds significance for them.” 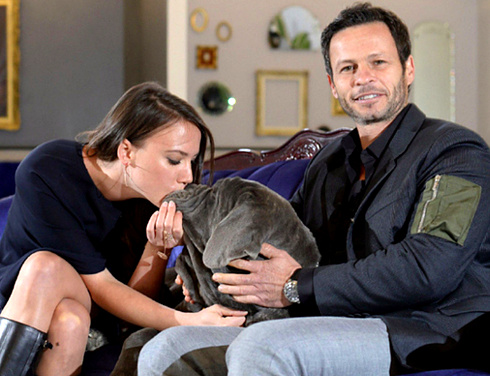 In January, Danielle visited a shelter there that broke her heart.

“When Danielle visits other shelters, she’ll usually make a list of 10 to 20 dogs with serious medical needs and she’ll bring them back to Dog Tales where we can care for them,” Forndran said. “But this situation was different.”

Rats were just one thing.  The dogs were starving and covered in ticks and sores.  Danielle couldn’t just take a handful and leave the rest to suffer.  So she bought the whole shelter on the spot.  She stayed for another month to jump through all the hoops to make the shelter theirs.

Once the paperwork was settled, Danielle flew 25 of the dogs who were healthy enough to travel with her to Canada.

“She immediately brought in vets as the dogs were in need of urgent medical care,” Forndran said. 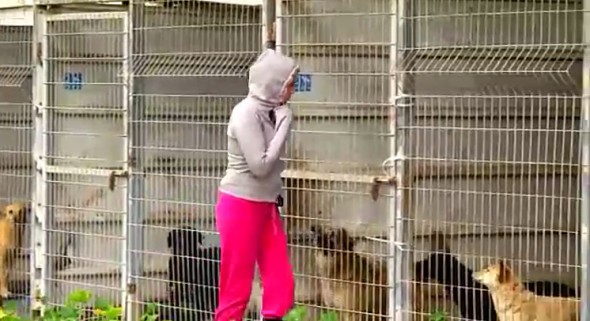 A crew was hired to clean the shelter and feeding the dogs proper diets.  Not long after, 90 of the dogs were moved to other Israeli shelters that Danielle is in contact with.

“The plan right now is to bring the remaining 150 dogs to Canada when they are healthy enough for the trip,” Forndran said.  “We want to get them out of there as soon as possible.”

Once the dogs were healthy, their personalities began to shine.

“After a week, the dogs started to relax,” Forndran said. “They could tell we were going to take care of them.”

In less than a month, over half of the 25 dogs brought to Canada were adopted.

“People have practically been fighting over them,” Forndran said. 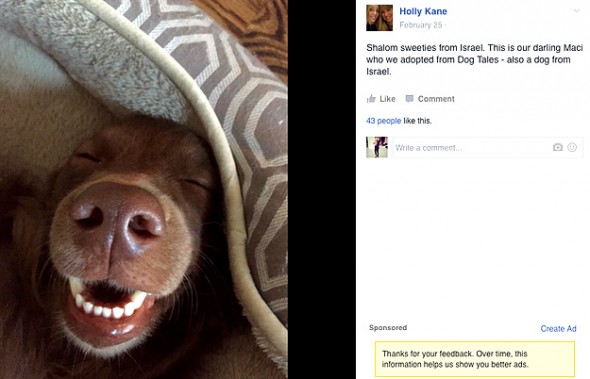