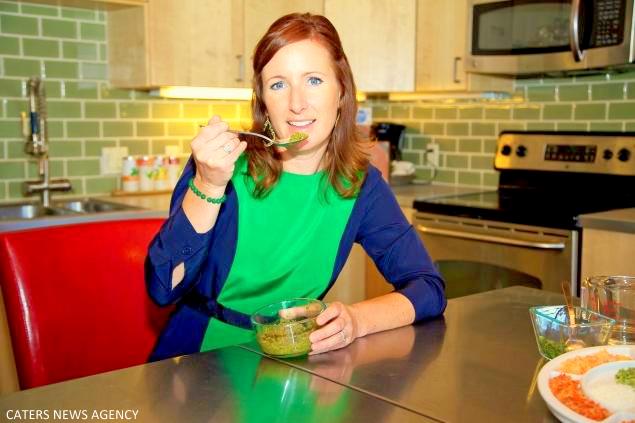 The organic food – or rather, real food – revolution is sweeping the parts of the world that are literally sick of being fed pesticide-laden GMOs.  With so many animal lovers out there, dog food is also making changes.  Gone are the days when people were satisfied to give their dogs whatever kibble grocery stores offered, and one woman is so confident of the quality of her company’s dog food that she personally tests it.

“There are a lot of people who think their pets are inferior and don’t deserve quality food,” said Lucy Postins.  “But so many people are becoming educated on conventional pet food ingredients and production that they want to make a move away from that.”

Her company The Honest Kitchen was the first pet food producer to receive a “human grade” rating from the FDA, so the packaging can even be labeled to say as much.  The food is even manufactured in a human food facility.

She uses free-range chicken, ranch-raised beef, eggs, sweet potatoes, bananas and dandelion greens in her blends, tasting both the ingredients and the final products before sending them out. 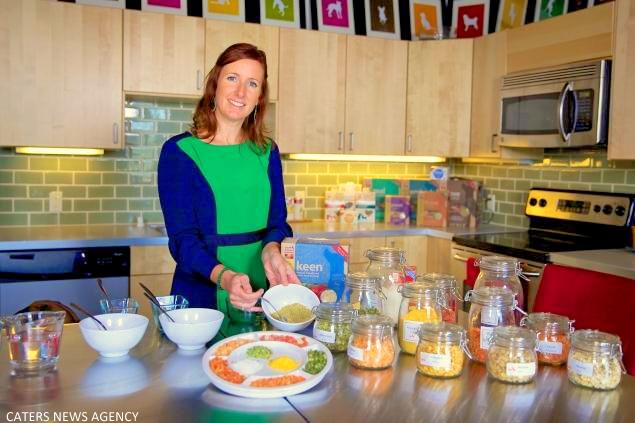 “By actually tasting the food ourselves I think it’s a sound way of walking our own talk and helping to assure people we actually mean what we say about product integrity and quality,” Postins explained.  “Some of my friends think it’s an odd thing to do but most of them have pets they love as much as – or in some cases maybe even more than – their own children so can see where I’m coming from.

Many dog lovers are skipping the middleman and creating their dogs’ food at home.  This isn’t news, as people have been doing this for years.  But now dog owners are opting to give their pets the same gourmet meals they eat. 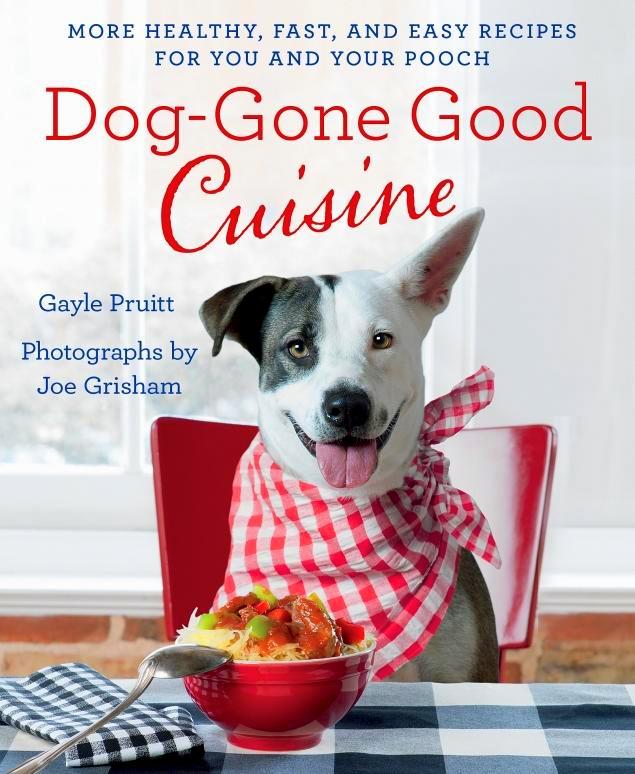 Nutritionist and chef Gayle Pruitt has put together a cookbook called Dog-Gone Good Cuisine:  More Healthy, Fast and Easy Recipes for You and Your Pooch.  Included are recipes for fancy dishes like Salmon Florentine and comfort food like the Tomato-Carrot Soup.

She was inspired to create a cookbook that caters to people and their pets after rescuing two very malnourished dogs a few years ago.  She gave them real food, which drastically changed their lives.

“They did so well with it,” she said. “They became really healthy and beautiful.”

Pruitt began doing research on canine nutrition, and found that with a few exceptions, dogs can eat the same foods as humans.

“I was really surprised at how little people knew about feeding canines,” she noted. “They actually believed what commercial dog food companies have said — that it is not good to serve your dog real food. To think that dogs should eat out of a can or bag for their rest of their lives, that’s so wrong.”

After all, what do people think dogs ate for thousands of years?  Commercial kibble only came into being during the Industrial Revolution of the mid 1800s, and before that they ate what their humans ate, or whatever food they could forage and hunt for on their own.  Dogs have sharp teeth and short intestinal tracts, designed for eating meat.  Forcing them to eat dry chunks of corn product makes no sense – would we eat that?

Aimee and Doug Webster adopted their dog Sprout from a shelter three years ago, and love to experiment with different food combinations for her.

“Her favorites are peanut butter, carrots and any meat or ribs,” Aimee said, commenting that most of Sprout’s diet is dry food. “She seems to enjoy it all.”

She made Sprout the Salmon Florentine recipe.  The little dog’s favorite part was the spinach and ricotta topping.  The recipes don’t call for salt and pepper, so they can be a little bland.  But once the dog portion has been given, people can season the dishes to taste the way they like.

Stephanie and David Keith were devastated when they found out that their dog Molly had protein-losing neuropathy, a disease commonly found in inbred puppy mill dogs.  It’s very difficult for the two-year-old Wheaten terrier to digest protein, so her diet consists of fruits, veggies and formula that costs $60 per week.

The couple invited over their friend and dog-sitter Maegan Kovatch to make the Tomato-Carrot Soup from the book.  Molly wasn’t too sure about it at first, but once she tried it, she lapped it down quickly.  The Keiths loved the soup, and were glad to have a tasty but healthy lunch.

“It really would be a lot simpler if we could make something we all could eat,” David refected.