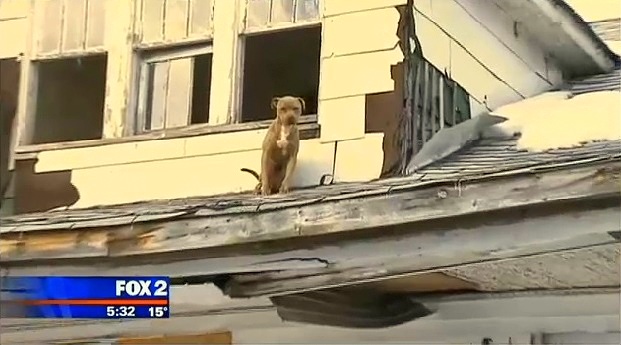 A neglected and very hungry dog was saved after she was seen sitting on the roof of an abandoned house in Detroit.

Neighbor Fred Jordan was concerned about her, and hoped that something would be done to save her.  Another neighbor had been feeding her, but not enough for her to be well-nourished.

Detroit Dog Rescue had been called to the house before, during summer. 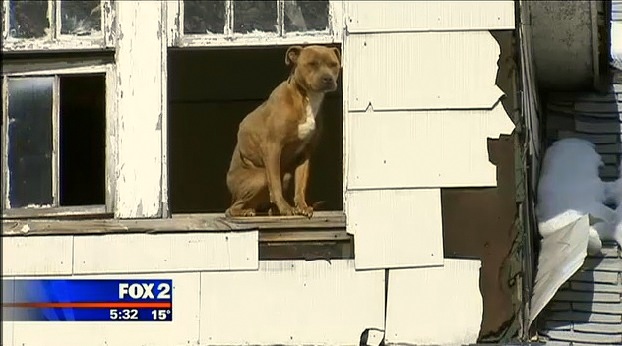 “The owner lives next door,” said DDR rescuer Dante Dasarno.  “This is basically an abandoned home that he’s turned into a big dog house.”

“You could see how skinny she is… someone’s been coming in here feeding her, but this – is unacceptable,” said DDR rescuer Cory Bothuel.  “She’s emaciated.  You can see her hip bones and you can see her ribs, this is ridiculous! And unfortunately it’s too common – all too common.  We see this every day.” 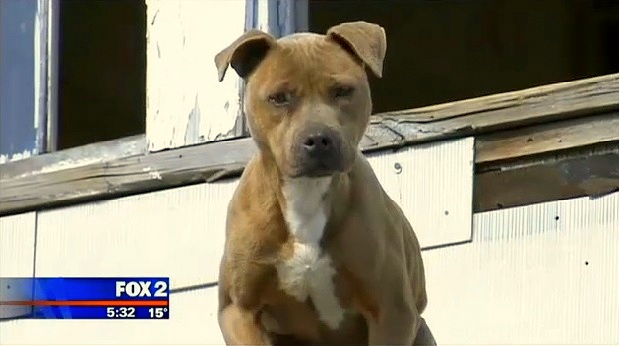 Neighbor Art said a friend dropped off the dog, named Roxy, and he had told them to come and pick her up.  He agreed to release her into DDR’s care.

Cory believes she will make a great family dog.  If you are interested in adopting Roxy or any other adorable dog in need of a home, please visit Detroit Dog Rescue.

2 thoughts on “Starving Dog Rescued After Being Spotted on Roof”