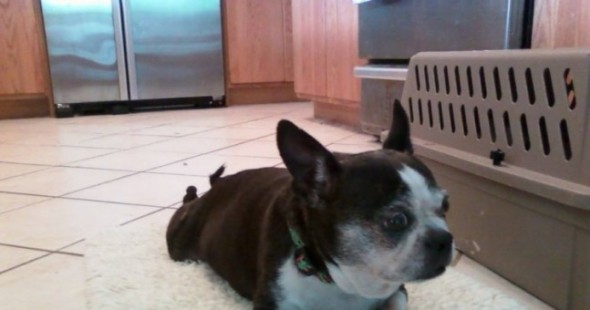 Sheryl Jans of Illinois hasn’t seen her dog Koki in nearly a decade, but she never gave up hope. Now eight years later she has found out that Koki is still alive, just all the way in Hawaii. Now Jans is trying to raise the funds to bring Koki back to her.

When Jans broke up with her ex-partner he got custody of Koki.  Jans hoped she would see Koki again though and kept herself listed as the owner on Koki’s microchip just in case.

“I was like, ‘Well, nothing will happen,’ but you know, just on that one chance, the one percent chance that anything did happen, they would contact me, and then that’s what happened,” said Jans.

On June 27th Jans was driving when her best friend called her and told her to pull over. Koki had been found and was at the Kona Humane Shelter all the way in Hawaii. Jans couldn’t believe it. Koki’s microchip had led the shelter workers to Jans and the microchip company had contacted her best friend who was listed as the emergency contact.

Jans suspected her ex-partner took Koki to Hawaii and abandoned her. After some investigating she discovered her ex has been missing for several months and his mom dumped Koki. Now Jans is working on getting Koki home to Illinois safely. A generous couple in Hawaii is taking Koki in until Jans can fly out and get Koki home.

Because Koki is a Boston terrier and has a snub-nose she can’t fly in the cargo hold. There is only one airline, Hawaiian Air, which will let Koki stay in the cabin. So Jans is fundraising so she can fly to Hawaii and bring Koki home. She needs to raise $5,200 for the trip. So far she has raised about half of the money she needs. Any extra money she raises she plans to give to the Humane Shelter in Kona and to the people who have been caring for Koki so they can foster other animals.