Woman Rescued After Diving in River to Save Blind Dog 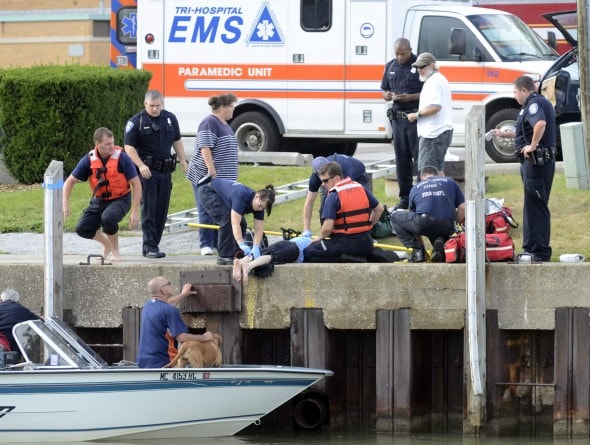 A 63-year-old woman and her dog were rescued after she dove into the Black River in Michigan to save her.

According to Port Huron Police Officer Chris Smith, the dog, named Daisy, fell into the river, and her human immediately dove in to save her. But she was unable to keep herself and the dog afloat, and let Daisy go.

Losing strength, she was unable to pull herself out of the water.

Good Samaritan Hal Gerold grabbed a rope from the nearby St. Clair County Sheriff’s Marine Division boat and lowered it to the woman, keeping her above water until a rescue crew arrived.

“She could swim; it was just too cold,” Gerhold said.

The Port Huron Department of Public Safety Fire Division were able to pull the woman out, and had her taken to a local hospital for a check-up.

Daisy was pulled out of the water a little farther down the river, and was unharmed.