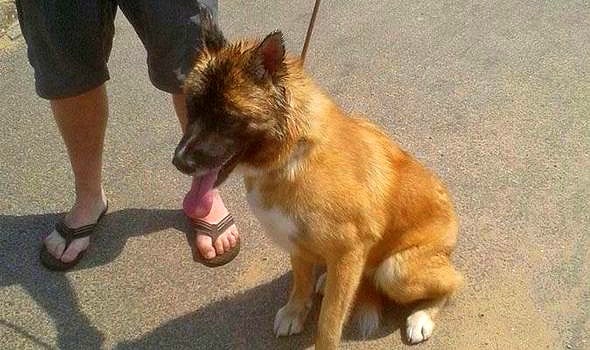 A roaring crowd cheered as a dog was rescued from a hot car in England last Friday.  Passersby on the Exmouth, Devon sea front said the dog was barking and yelping, and in its panic to get out of the sweltering vehicle, set the alarm off.

A dog warden called police to release the dog, who had been left in the car for about an hour. It was 86° F (30° C), and the front windows were only slightly open. He frantically tried to escape, and managed to call witnesses to his attention when he set off the alarm.

A police officer arrived and smashed a back window to get to the dog. Still in hysterics, the dog was calmed down with wet towels before being extricated from the car. 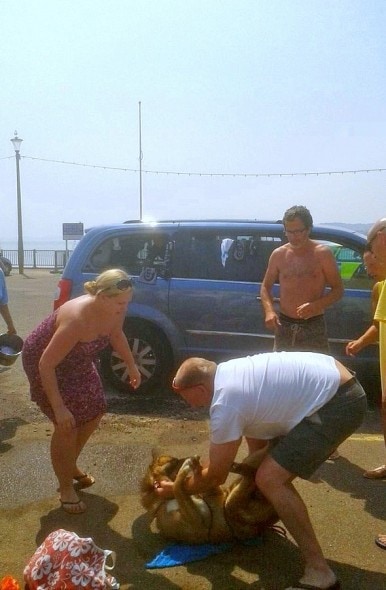 “The dog was clearly distressed and hard to handle. They had to put wet towels on it before it was calm enough to push through the window,” said Richard Benson, who witnessed the incident. “It was clearly traumatized and went out of control. It was shocking.”

A crowd of about 40 spectators cheered and applauded as the dog was freed. He relaxed once cooled down, and rolled around on the ground.

The owner turned up later, and is currently being investigated by the RSPCA.

In Wells, Somerset, three dogs were rescued from a crate in a vehicle that had been parked at a bus station for over an hour.

Life With Dogs fans, we know you would never leave a dog in a hot car, but please share these stories with loved ones who may not be aware of the dangers this poses to animals. On a 70° F (21° C) day, temperatures inside vehicles can soar to 117° F (47° C) in less than an hour, which can cause a slow and agonizing death for any children or animals trapped inside.