Jana Reeder, a volunteer dog rescuer, had just gotten done taking a badly injured dog she helped rescue to a vet when she found out her house was on fire. Eight rescue dogs were inside, and the home was badly damaged. Now she and the injured dog, Tri-Pod, could use a little help.

Over the weekend, Jana was one of several volunteers whose mission was to catch a badly wounded and very frightened stray in Wichita, Kansas. The boy had been hit by a car months ago, and a bone in his leg had been poking through the skin ever since.

“We had tried and tried over the summer to rescue it,” Jana said. “Nobody could get close enough to him. We knew he was injured.”

During the last bout of icy temperatures, the pit bull sought shelter beneath someone’s deck. 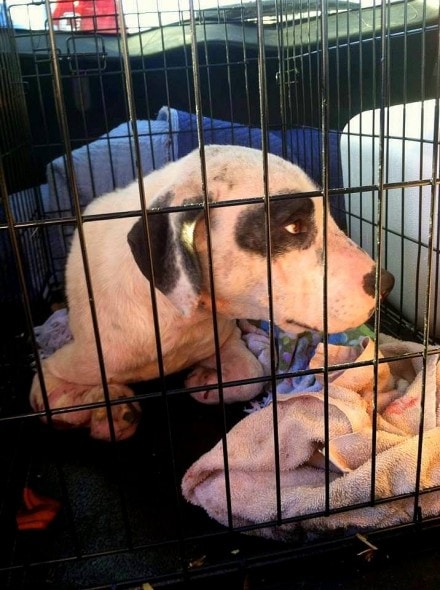 Jana brought him to College Hill Animal Hospital, and as she was driving home, she received a nightmare phone call. A fire had started in her kitchen, causing severe damage.

“I’d never seen anything like it,” she said. “When I pulled onto the block, there were six or seven huge fire trucks in front of my house.”

Most of the contents of her house, which served as a dog foster home, were destroyed, and even worse, two of the eight dogs inside had perished. A third was saved through the firefighters’ heroic resuscitation efforts. 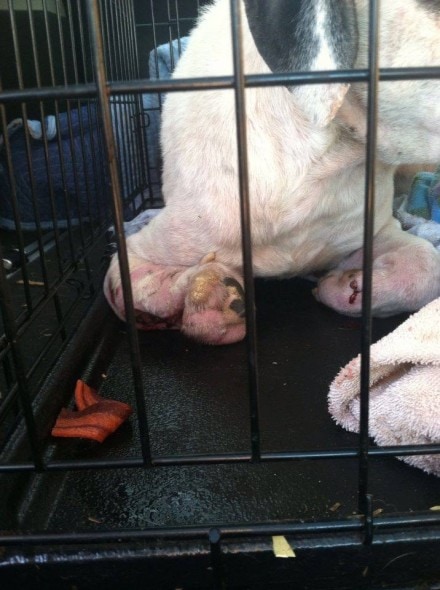 “She saved the dog but paid quite a price for doing it,” said Curt Farington, president of the K-9 Karma Animal Advocates.

Jana is currently staying with her sister, but is hoping to soon move into a rental place that will accommodate her large family. It may be half a year before her home is habitable again.

The pit bull she helped save, called Tri-Pod, spent months in pain without medical treatment, and now needs to have his leg amputated. Costs are expected to surpass $2,000.  Having gone so long without medical intervention already, he could die from infection if he doesn’t get this surgery.

“Bless his little heart, he is full of worms and has a skin infection,” Jana explained. “We will get his leg amputated on Monday and are trying to get enough funds together to also get him neutered.” 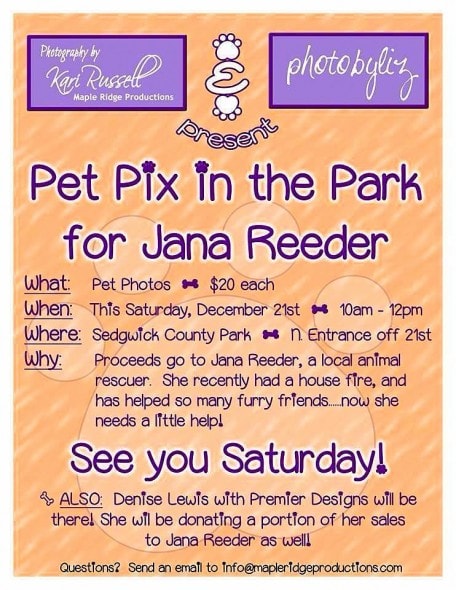 Tri-Pod is currently being fostered by Jessica Sherwood, who is a member of K-9 Karma’s board of directors, foster coordinator, and their pit bull expert.  Once he has his operation and recovers, he will be ready to adopt.

“As far as his behavior, he is just frightened,” Jana said. “He does no snapping or growling. When he sees men, he squirms. With time and trust, he might get over that.”

She hopes to see an increased awareness in the needs for foster families.

“These animals desperately need people to volunteer and help,” she said.

K-9 Karma not only rescues dogs, but also believes in taking care of their volunteers. They are currently accepting donations to help treat Tri-Pod’s foot, and to help Jana get back on hers, so she can continue to save as many dogs as possible. If you are interested in helping Jana, Tri-Pod or any of K-9 Karma’s other animals in need, please click here. 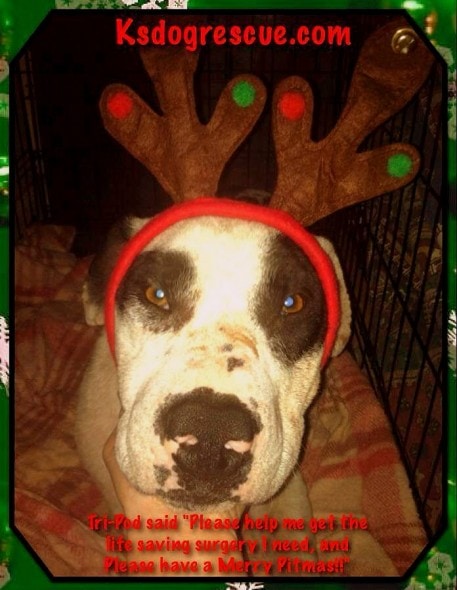