After Trish Gohl’s dog Ralphie died in 2009, she made it her goal to honor her cherished family member’s memory by creating the organization No Dog Gets Left Behind, which reunites soldiers with the dogs they bond with while on active duty.

Keeping in mind a family member deployed overseas, Gohl became inspired to begin her non-profit animal rescue after watching Animal Planet’s documentary No Dog Left Behind. Though the task of bringing dogs from the middle east to the states was daunting, Gohl persued the challenge in honor of her recently departed Ralphie.

“Local stray dogs tend to stay around or in the camps,” Gohl says. “And it’s a different culture—soldiers are very nice to dogs compared to the abuse they usually suffer.”

She says the abuse often comes in the form of target practice. Many soldiers will offer flashlights, cigarettes and other trinkets as a way to get locals to stop the torture. 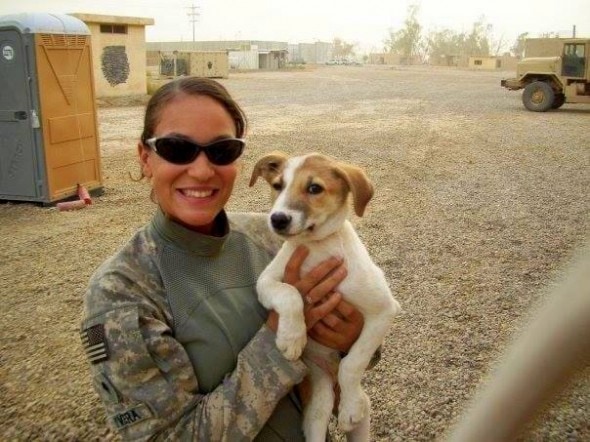 “In the soldiers’ minds, these dogs have earned the right to come home,” Gohl explained, noting that the bonds created with dogs help soldiers manage PTSD symptoms.

But getting the dogs home is costly and complicated. No Dog Gets Left Behind works with international organizations like Puppy Rescue Mission to find the dogs and transport them to US soil. Each mission costs about $4,500 – for food, vaccines, medical care, boarding and transportation.

“As soon as we begin raising funds for a soldier, we work with our partners to have the soldier hire an Afghani to bring the dog to an American-run center in Kabul,” Gohl said.

NDGLB’s partner Afghan Stray Animals League quarantines the new dogs for 30 days, and supplies them with vaccinations and paperwork. They get the dogs on commercial flights to the US, and NDGLB arranges transportation to get them to the soldiers’ homes. Much of the time, the dogs make it home before their human companions. 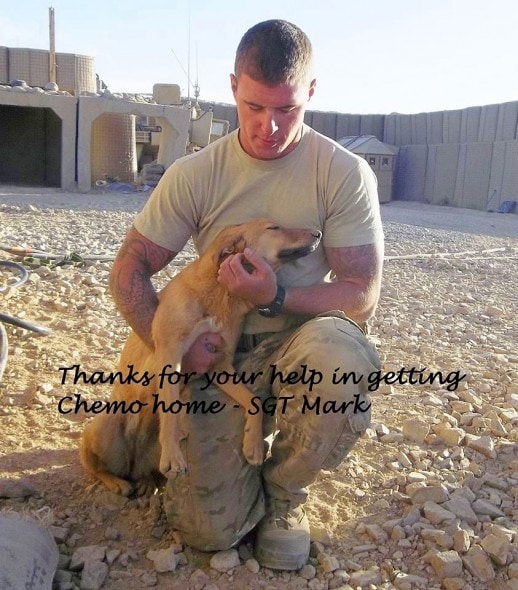 Just two weeks ago, Gohl’s team brought home Kimo (erroneously spelled “Chemo” on the photo from Facebook) to Philadelphia to live with her owner, Sgt. Mark.

On February 22, NDGLB will hold their annual Valentine’s fundraiser and food drive at the DoubleTree Hilton in Philly. Reunited soldiers and their dogs will be around for meet-and-greets. Tickets are $35, and all proceeds are put towards bringing more rescued dogs home with their military buddies. 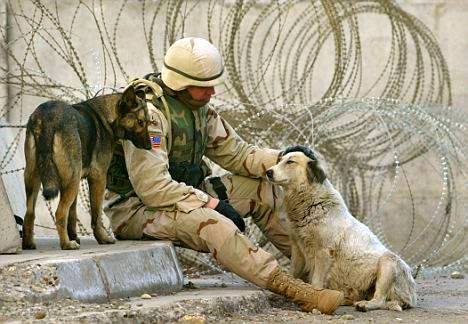