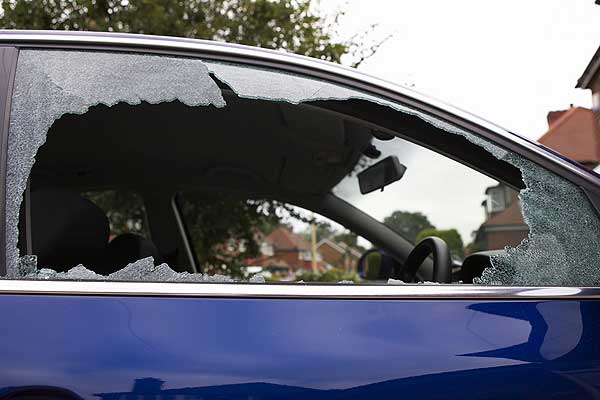 What would you say to somebody who just smashed the window of your car? One Albuquerque woman said “thanks”. It’s a story about a hot dog on a hot day in Albuquerque’s blistering heat wave.

The sun was broiling as Susanne Jones was closely watching a little dog in a locked car. The window was cracked open – but just barely. She says the dog was yelping and pawing at the windows. When he stopped to curl up on the floor, she was concerned that he was suffering from heat stroke.

“The temperature was very hot, the car had to have been very hot,” Susanne told KOB Eyewitness News. “It was not sitting in the shade. She didn’t have a sun visor up and I just felt like if I stayed there and watched I was gonna watch the dog die.”

Susanne said after waiting 40 minutes, she had to act. She retrieved a “Club” locking device, calmly walked over to the car with the dog in it, and smashed out a window to free it.

Police arrived shortly thereafter, as did the dog’s owner. Cissy King said she was taking her mother to a doctor’s appointment and did not realize that her dog was in danger. When asked if she wanted to press changes, Cissy said absolutely not. She walked over to Susanne and thanked her for saving her pet.

“The officer asked if I wanted to file a counter-complaint,” said Cissy. “I said about what, and he said about the lady who broke your window. I said absolutely not – no – I’m sure she did what she felt like she needed to do at the time.”

“She came over when everything was finished and thanked me for doing what I did,” Susanne said. “She asked if there was anything she could do to thank me and I said just please don’t leave your dog in the car again.”

Cissy King faced charges for endangering her dog, but a judge agreed to waive all charges if she agrees to take a pet safety class.