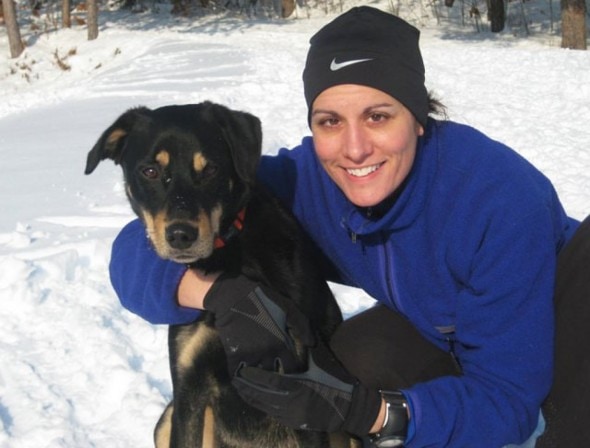 A woman from Washington D.C. wants her dog back.  She wants her missing Havoc back, and apparently doesn’t care if it bankrupts her.

Janet Mihalyfi of Georgetown was separated from Havoc, her five-year-old dog, about a year ago.  She’s received a lot of media attention for her efforts to find her dog.

So far, she has spent over $35,000 in an attempt to get her dog back.  She’s even gone so far as to put up signs all over neighborhoods, hiring psychics and very expensive private eye/dog investigators, all in an attempt to find Havoc.

This past Sunday marked the one year anniversary of Havoc going missing.  In case you haven’t been following this story this past year, here’s the rundown:

Janet went on a run with her dog and his canine sister, Raze.  They were jogging along the Dalecarlia Reservoir when she decided to allow the dogs to run off-leash.  That is apparently something she had often done with the dogs while jogging in that area, so she wasn’t exactly worried about one of them taking off on her.  The dogs went to the water’s edge to grab a quick drink when some deer showed up nearby.  Like most dogs would do, they took off after the deer.  Raze came back, but Havoc didn’t.

Janet is getting a lot of detractors in the local media and the general public for her efforts.  Mostly, because she doesn’t dispute the amount of money that is estimated she’s spent trying to locate her missing dog.  She even agrees that the assessment of around $35,000 is fairly accurate.

So, how far is too far when it comes to your loved ones.  Some people may say, “It’s only a dog.”  Others may disagree, and given the state of the economy, it isn’t exactly difficult to see how one could find that dollar figure a bit of overkill.

What has the money gone for you may ask.  Well, Jane has put the money into things like staple guns, staples and flyers to post around the neighborhood, cameras set up to catch a glimpse of Havoc walking about somewhere, and lots of private investigators and even a professional psychic or two as well.  She even built a website called www.bringhavochome.com.

All Janet wants is her dog back.  Anyone who has ever had a runner, or a pet disappear on them knows how heartbreaking it can be.  Hopefully, Havoc can be found, and will be alright.  For now, we’ll just have to wait and see.